A wandering fountain and the market that moved 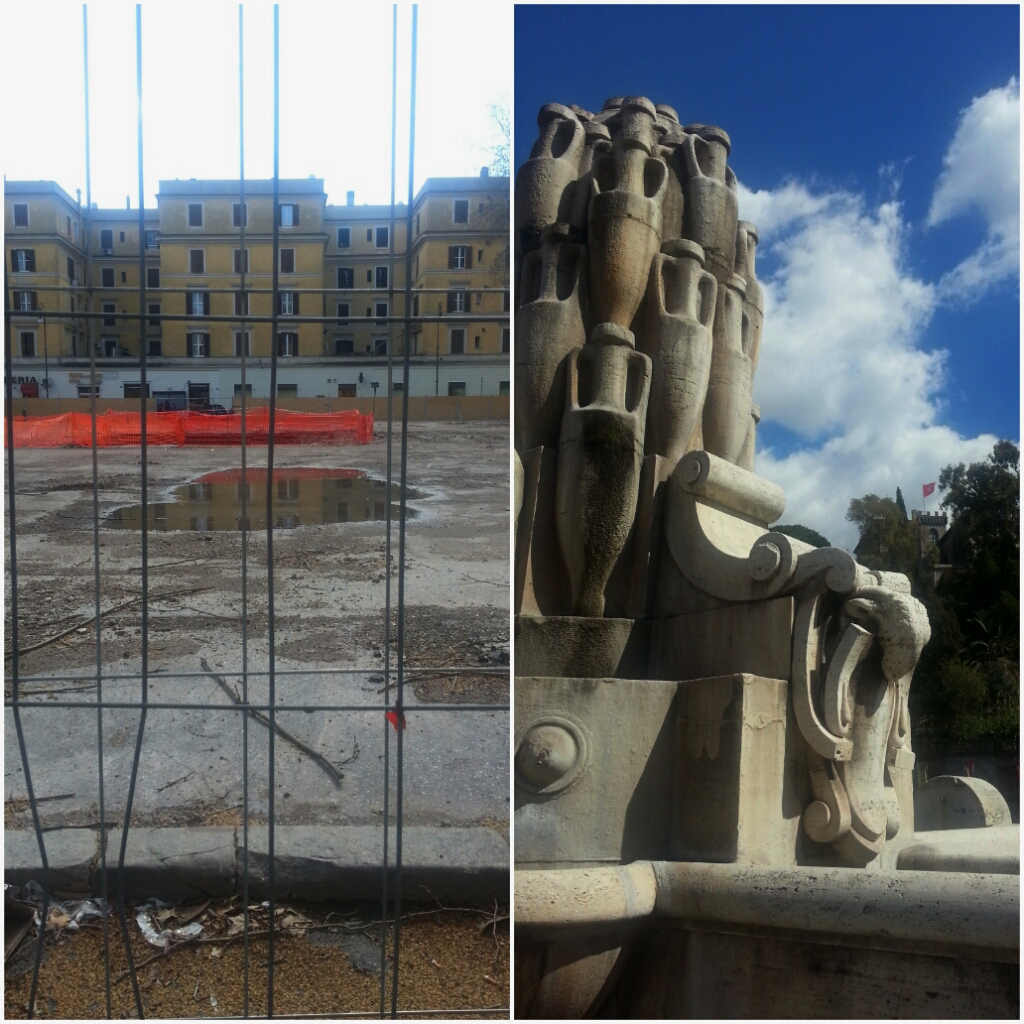 There’s a big hole in the ground where Testaccio’s market used to be. The market has in fact been physically moved, picked up and dropped about 200 metres away, into a purpose built space near Monte dei Cocci. I’ll blog about the new market another day. Today I walked through piazza Testaccio and marvelled at the light that has been created since they demolished the old stalls and stands, which were closed in by a wall of metal in the afternoons. Living near the market, the rattle of rising or cascading shutters was never far away. It interrupted your dreams at dawn; it counterpointed cheerful catcalls as the stallholders packed up after lunch. Now all that has been replaced by silence and sunlight. The great trees which had grown a little warped have a chance to breathe again.

There’s been a covered market in this square since 1935, when the old pedestrian piazza, once known as piazza Mastro Giorgio, was reclaimed for more utilitarian purposes. The time was the lean years leading up to the Second World War, when Rome had already been under Mussolini’s rule for 13 years. A few autumns before, a great fountain celebrating Testaccio’s ancient Roman roots had been unveiled there: a travertine marble heap of carved amphorae, designed by architect Pietro Lombardi and inaugurated on October 28th, 1926.  The story goes that a small market grew up around it, but the stallholders washed their produce in the fountain, until it became clogged up with dirt and fishguts. On the occasion of Adolf Hitler’s visit to Rome, Mussolini decided that the great fountain should be moved to Piazza Emporio, to create a spectacle along Hitler’s route. In its place, a full-scale covered market was built, filling the space.

When piazza Testaccio’s transformation back to a pedestrian piazza is complete, it will be crowned by the return of Lombardi’s famous fountain, as the symbol of Testaccio finally comes home after an absence of nearly 80 years.