Visiting Rome at Easter: the Via Crucis procession in Testaccio on Good Friday

The Via Crucis, or Stations of the Cross, is a well-established Christian ceremony where worshippers attempt to walk in the steps of Christ on his journey to Calvary, held each year on Good Friday.

In Rome, the Pope’s evening Via Crucis is one of the most atmospheric traditions of Easter Weekend, with the pontiff presiding over a walk through 14 stations of prayer and reflection, culminating at the Colosseum, where a lighted crucifix flames against the dark sky.

But Testaccio, Rome’s twentieth neighbourhood, has its own Via Crucis, and it’s rather special. After all, this is one of the few rioni of Rome to have its very own wild, little mountain, right in the heart of the district.

Last year I took part in the Via Crucis procession in my neighbourhood and it was an incredible experience! Testaccio is really easy to reach on Rome’s Metro system, just a few minutes walk from Piramide station. Full story below. 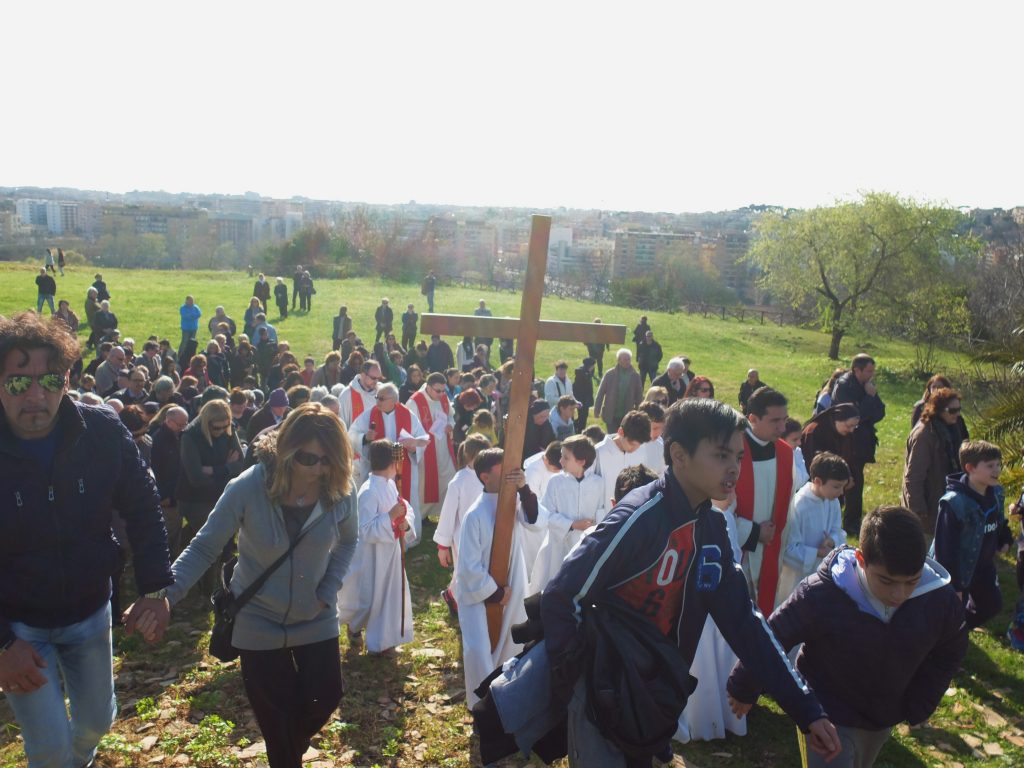 The Via Crucis procession on Good Friday during Easter in Testaccio, Rome

At 3pm on Good Friday afternoon, local citizens gathered by the usually locked gates of Monte Testaccio, on the corner between Via Nicola Zabaglia and Via Galvani. They waited patiently for the arrival of the cross, carried by clergy and altar boys from the local churches in the area. Monte Testaccio, the ancient Roman rubbish dump of potsherds, is quite a special place for the Testaccini: it’s the symbol and slumbering pagan god of the quarter, once a site for picnics and lovers, now grown wild behind padlocked railings.

Equipped with a vintage tannoy system, the priests intoned the prayers for each Station of the Cross, as locals stumbled over broken amphorae and up onto the great green plain at the top of the little mountain.

The whole ceremony took almost an hour. Local Police and environmental guards sternly warned worshippers away from the edges of the green, while children picked wild flowers and wandered off. “We can get ice-cream after the crucifixion,” explained one patient father.

As the ceremony drew to a close, Romans turned their backs on the cross and shot photos with smartphones of the Aventine hill, over the railway tracks to Eataly, and peered down at their homes. Then they patiently picked their way down over shattered terracotta jars, as the sun dipped over the Tiber. 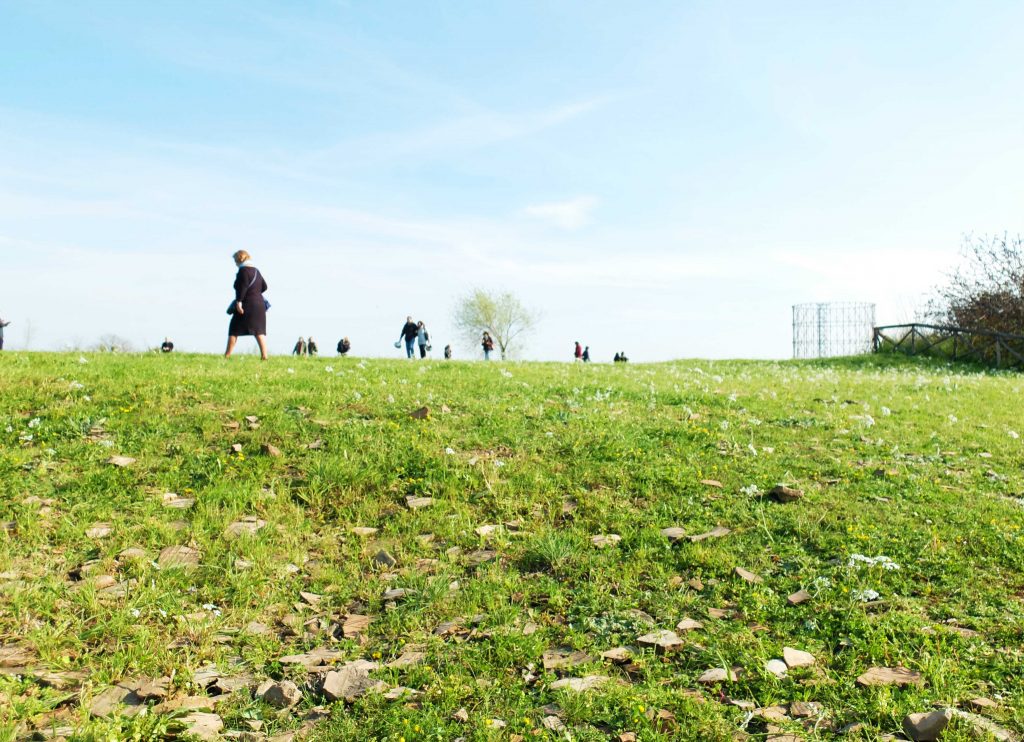