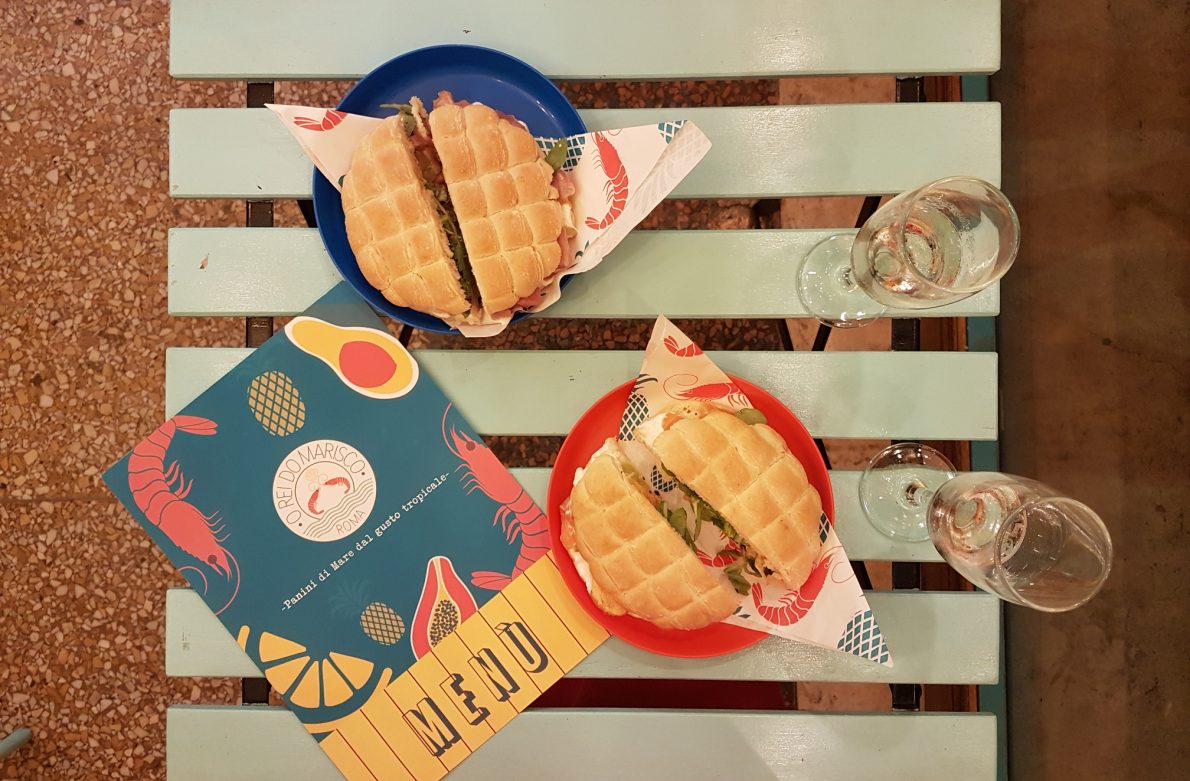 The African archipelago of Cape Verde, a cluster of 10 islands in the Atlantic Ocean, is a destination which blooms fiercely in the imagination of those who both have and haven’t visited. Reveries conjure up emerald bays whipped by wind and the lilting music of morna; soft Portuguese dialects and fresh fish hustling for space in the market alongside a rainbow of tropical fruit.

Despite these striking images, a strong sense of its food is hard to grasp, and that’s because there isn’t a true decalogue of Cape Verde cuisine. Islanders eat seasonal food, influenced by African, Brazilian and Creole traditions. So Rome’s first Cape Verde restaurant, O Rei Do Marisco, isn’t a rule book: it’s a homage to an experience, and a rather lovely poem about a culinary adventure lived by its owners.

Fabio Massimo Nardella and Marco Di Lallo, two young, engaging Romans, set off for Cape Verde half a decade ago aged just 25, with a plan to travel the islands, and an openness to opportunity. Cape Verde, they found, lacked a good Italian restaurant on Sal Island, and with a mix of youthful bravado and Italian reverence for food, trattoria O Rei Do Marisco was born.

Fabio Massimo and Marco’s adventure was such a success that the restaurant soon transferred to bigger premises in the Santa Maria neighbourhood, specialising in fresh fish and Italian seafood pasta. But the hunger for home was strong: and so it was that the two friends, inseparable from boyhood, hatched a plan to return to Rome with a new dining formula.

They sold the Italian restaurant on Sal, and opened O Rei Do Marisco earlier this year in the Piazza Bologna neighbourhood.

Styled as Rome’s first Cape Verde fusion restaurant, this is a simple dining experience channeling subtropical vibes and an idea of island life. Although there are tables and chairs, the spirit is of a upmarket beach bar, specialising in fresh fish sandwiches; plates of fried fish and tangy tartares diced with tropical fruit, straight from the Cape.

The garden furniture isn’t quite comfy enough for long dinners, but that’s ok: there are perch points in and outside O Rei Do Marisco, sprawling happily across the pavement, as well as collection points for the waves of take-out punters.

Dinner is a casual, young affair, coming in at around €25 per head tops for a shared tartare, an oversized fish sandwich apiece, and perhaps a frittata to share as well, washed down with a glass of natural prosecco.

Or plump for the attractive set menus: a bottle of wine to share, plus a tartare and sandwich apiece comes in at €48 for two. Done.

Next we ordered what are the heart and soul of this menu – fish sandwiches. Salmao meravigliao (lightly smoked salmon, stracciatella, sweet potato chips, kiwi and salad) is a fresh and tart sandwich (€10) distinguished by satisfying textures and sweet but not cloying notes. Tonno focoso (raw tuna, stracciatella, roast aubergine pulp, rocket, pomegranate seeds and lime zest) is a more complex, clever dish (€10), where the aubergine adds smoky depth to the fresh ocean taste of the tuna, contrasted with the tart studs of fruit.

We still had room for another morsel or two, so plumped for a sharing portion of fried fish, styled as frito de pescatrice e maracuja (€11) on the menu.

This dish combined pieces of deep-fried monkfish, with a wasabi mayo, fresh pineapple, and a side-salsa of passionfruit. The monkfish had satisfying bite, but the fire of the wasabi was a bit lost on me. I enjoyed the fresh fruit dipping sauce, however – evening out the frying oil with its exotic sweetness.

All in all, O Rei Do Marisco is an engaging project and a fun night out. I wouldn’t say no to a cushion for those aluminium seats, and I’d like to see the restaurant gravitate to stainless steel cutlery instead of wooden forks for the dine-in option, but this is a gust of fresh air in the Piazza Bologna district, with a sunny future.

Testaccina was a guest of O Rei Do Marisco

Read next: Piccadilly’s the place for perfect cocktails and healthy dining in Rome