The Cappuccino Index: what’s the fair price in Europe for a cup of coffee?

What does a cappuccino really cost around the world? New research shines the spotlight on flats and flat whites everywhere, in an attempt to create a really comparable index of the cost of living

Everyone loves making imaginary house purchases, don’t they? Whether you’re a holiday fantasist or a planning a neighbourhood upgrade, it’s always fun to get a sense of where house prices – and their close relation, the cost of living – really stand on a global scale.

The recent release of CBRE’s Global Living: A City by City Review 2016 confirmed for me that I still can’t afford to move to Paris, where prices per square foot stand at a princely $541.51. London, of course, is even more expensive: apartments there will set you back an average of $734.18 per square foot. 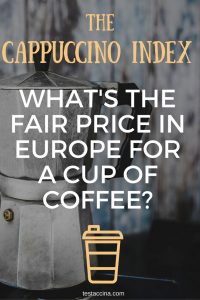 In Rome, the average price of a three bedroom apartment now stands at $349,650, with average monthly rents for a three bedroom place rising to a costly $2,497. By the way, you’re paying around $350 per square foot to buy here.

Milan prices have eased up a little, but are still behind the capital: an average apartment will cost you $299,561 and you can expect to spend as much as $2,287 per month on rent.

Hong Kong is still the most expensive residential location in the world, with average apartment prices at $1.501.88, while Singapore comes in second, asking on average $919.82 psf. New York is rated third at $907.50.

Serious stuff apart, CBRE’s index is also a fun piece of research to read as it gets down to the nitty gritty of what life really costs in comparable cities across the world.

Once upon a time, economists compared the price of a Big Mac: for CBRE, the essential daily spend is a cappuccino. So where does your city rate in terms of pricey cups of coffee?

Well, perhaps predictably, Rome is at the bottom and Paris at the top, but there are lots of fascinating variations in between.

Here’s the full European ranking. It gets really interesting when you throw annual average income into the mix, which scarcely seems to have been taken into consideration in some of these rental markets (in fact, prices are set by demand). Southern Europe and artsy Berlin keeps the price of coffee affordable, but Paris and London seen to have lost the plot with a cappuccino edging $4. Still, I guess it all boils down to what you prioritise in life.

Please note that these prices, particularly for Italy, err on the low side – in Rome and Milan you’ll usually have to add table service on as well, so think of this as the price of standing up in a coffee bar rather than being waited on. The bottom line is, if you get charged these sort of figures in any of these European destinations, you’re essentially paying the fair price. Happy travelling! 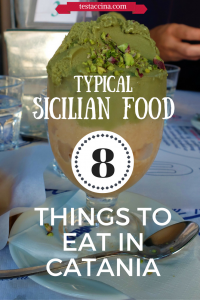 Read next: Typical Sicilian food: 8 things you should eat before leaving Catania