Have you ever wanted to travel in time? Good, so have I! While visiting a city like Rome can take you closer to the past, I’ve always wondered what it would really have been like to see the city at the height of the Roman Empire. Well, now you can. Or at least, some of it. LivItaly Tours has just introduced virtual reality goggles to its Colosseum, Palatine Hill and Roman Forum tour, allowing travellers to stand in Rome’s greatest – yet now derelict monuments – and see what they might have looked like in all their glory.

This tour combines LivItaly Tours’ experienced guides – who explain the history of Rome’s most important ancient structures – with a piece of simple but sophisticated tech which gives you an instant glimpse of the past. The virtual reality viewers are really easy to use: paired with your own smartphone, you simply open the Livitaly Tours app, and once on site, are offered an alternative view of what you are looking at in real life. Needless to say, you don’t consume any data and it appears to be compatible with most phone models. If not, the tour guides will help you out. 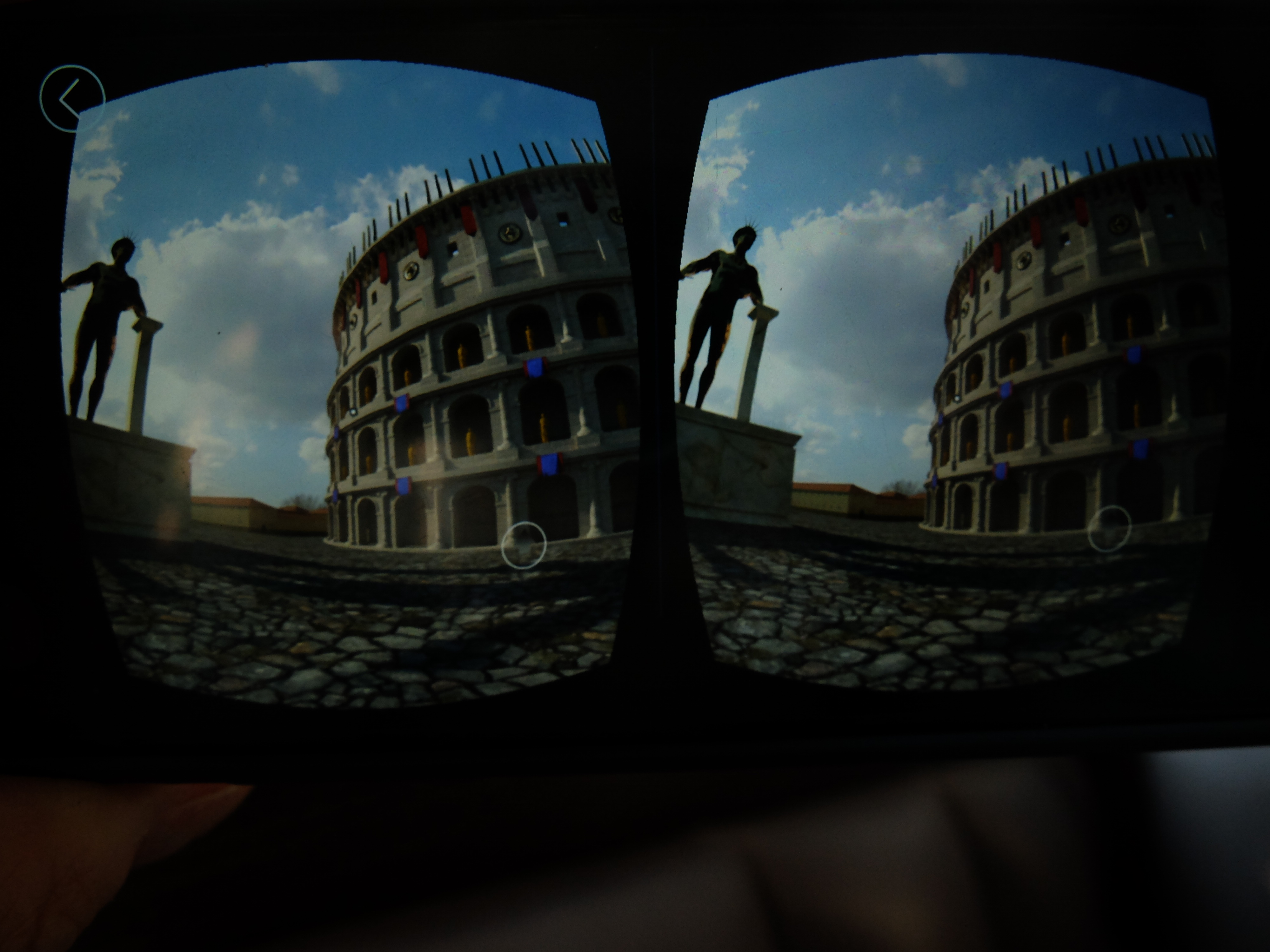 The tour starts outside the Colosseum, where a swift glimpse into the goggles shows the building intact, adorned with golden statues, and facing it, a huge figure – the long-vanished Colossus of Nero, actually – which gives the Amphitheatrum Flavium its more common name. Once inside, the structure really comes to life with its tiered rows repaired and adorned with streamers and banners in the virtual reality version. It’s worth pointing out that no human or animal figures are included in the virtual reality reconstructions, which could prove a little bit alarming to some members of the tour party. Instead, torches flicker high in the Emperor’s box, and the gently undulating master canopy over the Colosseum attests to a remarkable piece of ancient Roman engineering, now long lost.

Next stop, the Palatine Hill, with a glimpse of a reconstructed palace through the VR goggles, plus a fantastic peek over Circus Maximus – momentarily like new glimpsed through the viewer. LivItaly Tours’ guides are well-informed and enthusiastic which also helps bring the past to life. 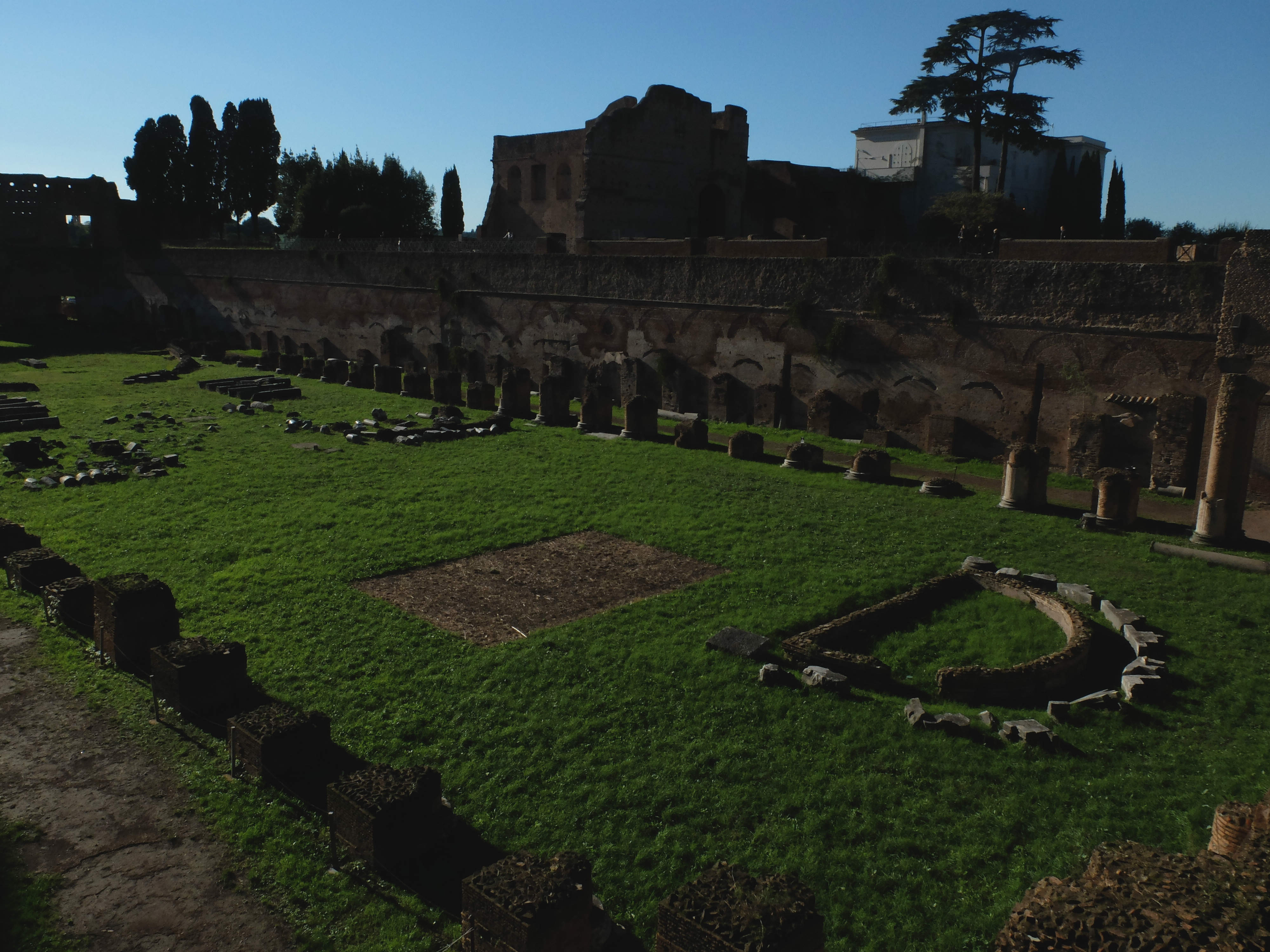 The third part of the tour passes through the ancient Roman Forum, which is already impressive – imagine, then, with its temples and public offices reconstructed, as glimpsed through the viewer. While the images can’t be pinned to a particular date, as they also at times show non-contemporaneous buildings, it’s a good way to get a sense of the size, colour and sheer scale of the city that the Romans built and almost perfected.

With so many tour companies offering the classic trip round the Colosseum, Palatine Hill and Roman Forum – a tour which I must admit to have done several times – virtual reality is a welcome addition to this seminal trio and puts a delightfully digital slant on an excursion into the ancient past. Highly recommended.

Testaccina was a guest of LivItaly Tours. To visit the LivItaly site please click here.

The Colosseum, Palatine Hill and Roman Forum tour lasts around 3 hours and is suitable for all ages.

For more information, or to book a tour, please click here.

Read next: Photographing Italy From Space (the secret NASA archives)