7 reasons to visit the Korean Cultural Institute in Rome, including free cooking classes

An introduction to the Korean Cultural Institute in Rome, the Istituto Culturale Coreano

You don’t have to be a fan of K-pop or even know your kimchi from your bibimbap to realise that Korean culture has pervaded modern Western life. Most of us own or have owned a device made by Korean electronics giant Samsung, while prospects of a long-lasting peace between North and South Korea have hardly left the news all year.

Despite all this, Korea has managed to retain an air of mystery and allure, more so than some of its Asian neighbours. Dedicated Korean restaurants are far less common than Chinese or Japanese ones; and while the famed Japanese drink sake has travelled round the world, how many of you know that sake is actually a Korean recipe and a Korean word?

Even if your city doesn’t have a Korean Cultural Institute, the Istituto Culturale Coreano in Rome is a fascinating and fun place to explore worlds beyond the Eternal City.

Located within easy reach of Porta Pia at the start of via Nomentana, it’s open Monday to Friday from 9.00-17.00, and visitors are allowed to pop in without a reservation between 9.00-11.00 to view the exhibitions in the entrance. 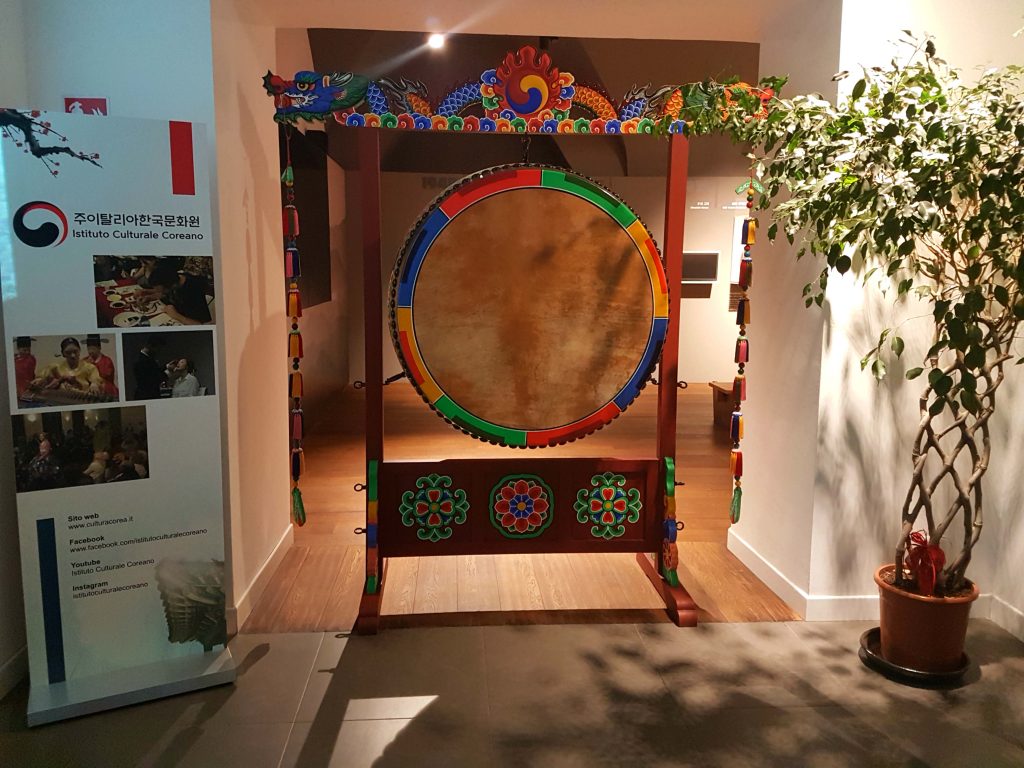 Here are eight unique things you can do at the Korean Cultural Institute in Rome – so put it on your bucket list today!

1. Dress up for a photo in traditional costume in a Hanok house

Hanoks, traditional Korean homes, date back to the 14th century, but their minimal style is still celebrated today in South Korea and their simplicity and sustainability – with an overriding use of natural materials – has even seen their elements come back in vogue for modern living.

Inside the Korean Cultural Institute in Rome, a traditional Hanok interior has been painstakingly reconstructed. While you are required to take off your shoes to enter, if you call ahead you can arrange to dress in a traditional robe for a photo opportunity.

The room is dressed with traditional brushes for writing and other incredible details which mean you feel really transported to Joseon-dynasty Korea. A simple but memorable way to get in touch with Korean culture. 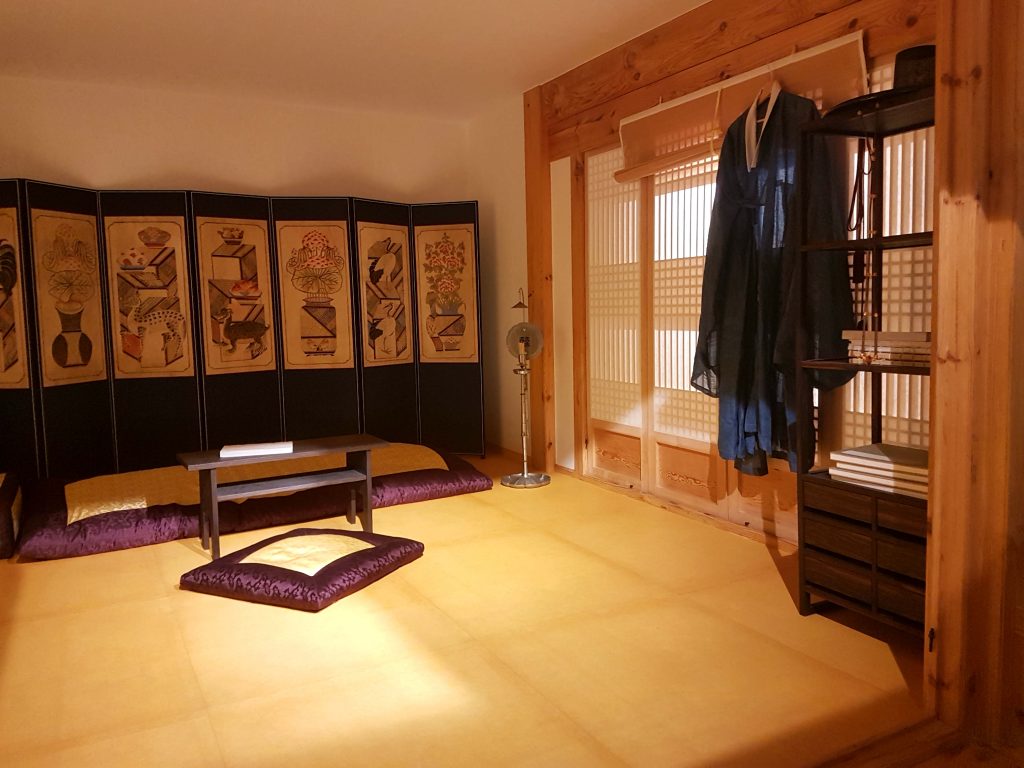 Alongside the Hanok installation, there are permanent and temporary exhibitions on the ground floor covering myriad aspects of Korean culture. There is a permanent exhibition on Korean history and the Korean language, as well as photos from famed Korean photographer Bae Bien U. In the temporary exhibition area, around four shows are displayed per year, presenting many little known aspects of art and Korean culture. 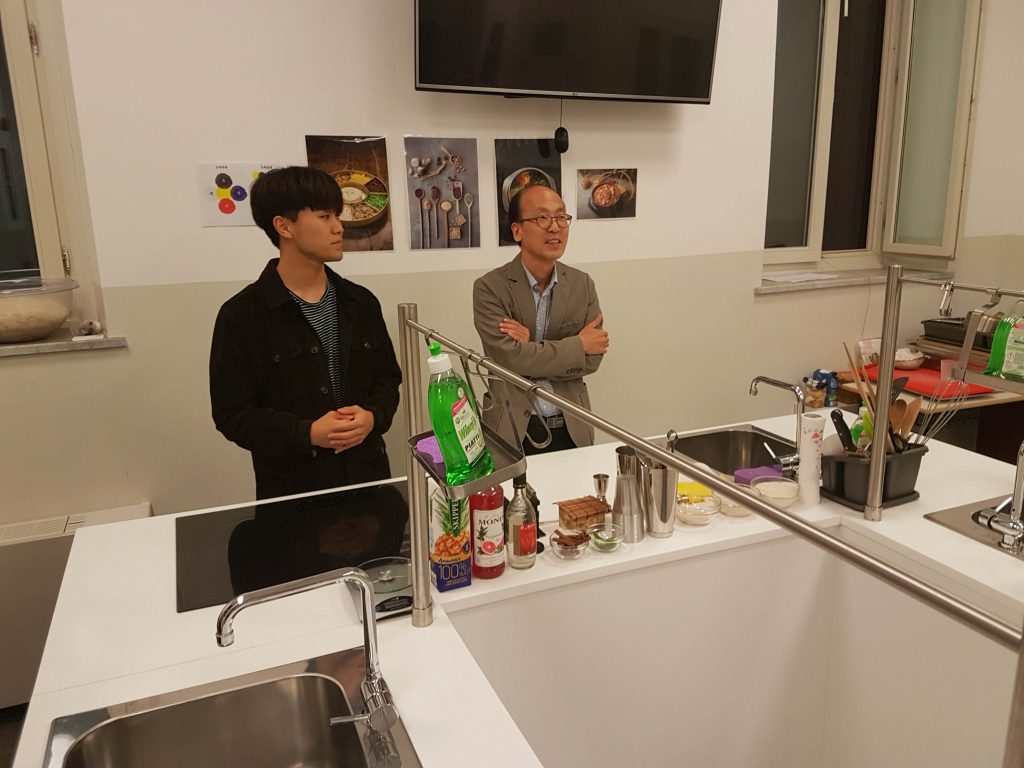 The K-Wave (modern Korean culture) brought K-Pop (Korean pop) and even K-Drama (Korean film) out of South Korea and under the world’s gaze. There have been some pretty key cornerstones to the movement: remember in 2014, when the music video for South Korean singer Psy’s Gangnam Style exceeded YouTube’s view limit, prompting the site to upgrade its counter to more than nine quintillion views?

Thankfully, K-Wave is much more than Gangnam Style and this video wall provides a fun introduction to other artists, trends and styles.

Speakers or learners of the Korean language can find a 2,000-item resource here featuring books, DVDs, CDs and more to satisfy your curiosity for Korea.

Speaking of the language, the Korean Cultural Institute in Rome is the number one resource in the city for learning the Korean language. Follow this link for the latest courses. Many courses are free with just a €20 enrollment fee. 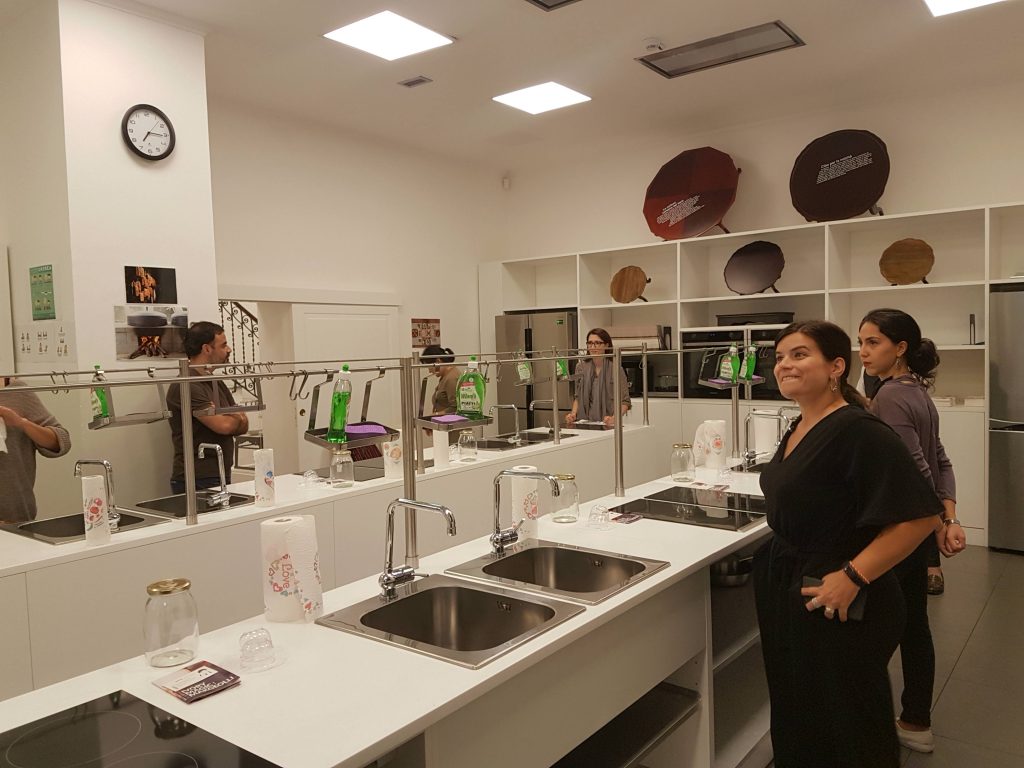 One of the most fun things you can do here is a course of 10 cooking lessons, representing a comprehensive introduction to Korean cuisine. You’ll probably be amazed to hear that these courses are free to join – you just have to pay €100 for the ingredients used over the weeks. Expect the lessons to be held in Italian. Classes are usually twice a week for five weeks – have a look at the next lessons available here. 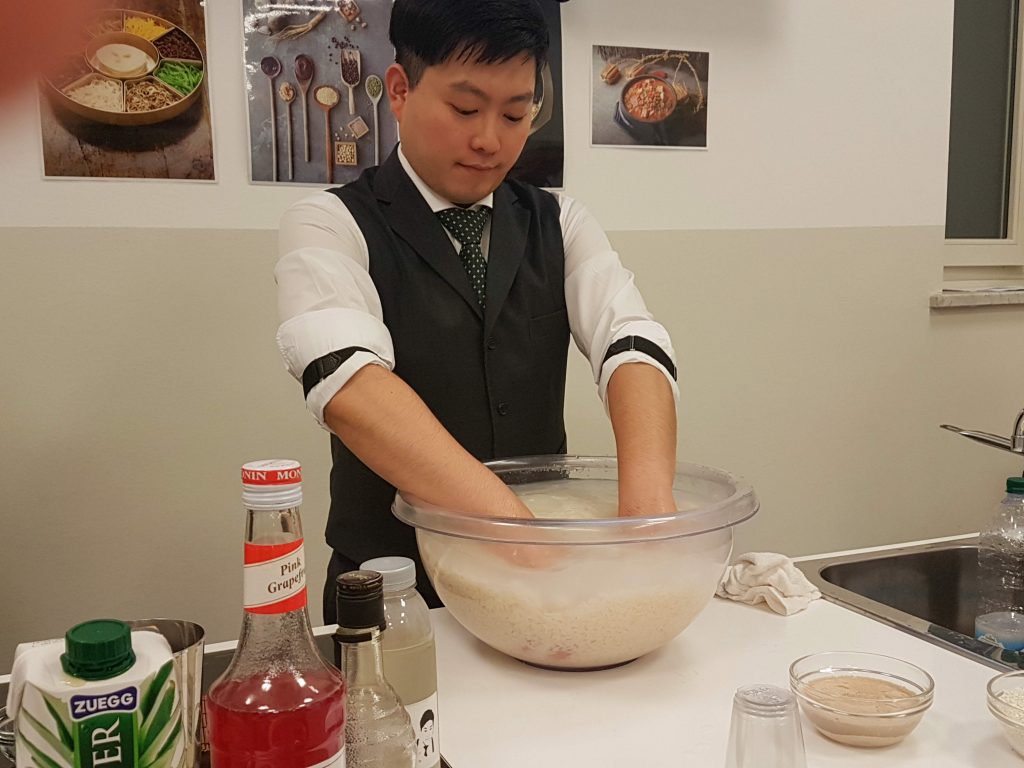 I attended the Korean Cultural Institute in Rome recently for a Makgeolli making class. Makgeolli is a Korean cousin of the famous Japanese fermented rice beverage sake. In fact, the Japanese took the recipe and even the word sake from Korea in ancient times. 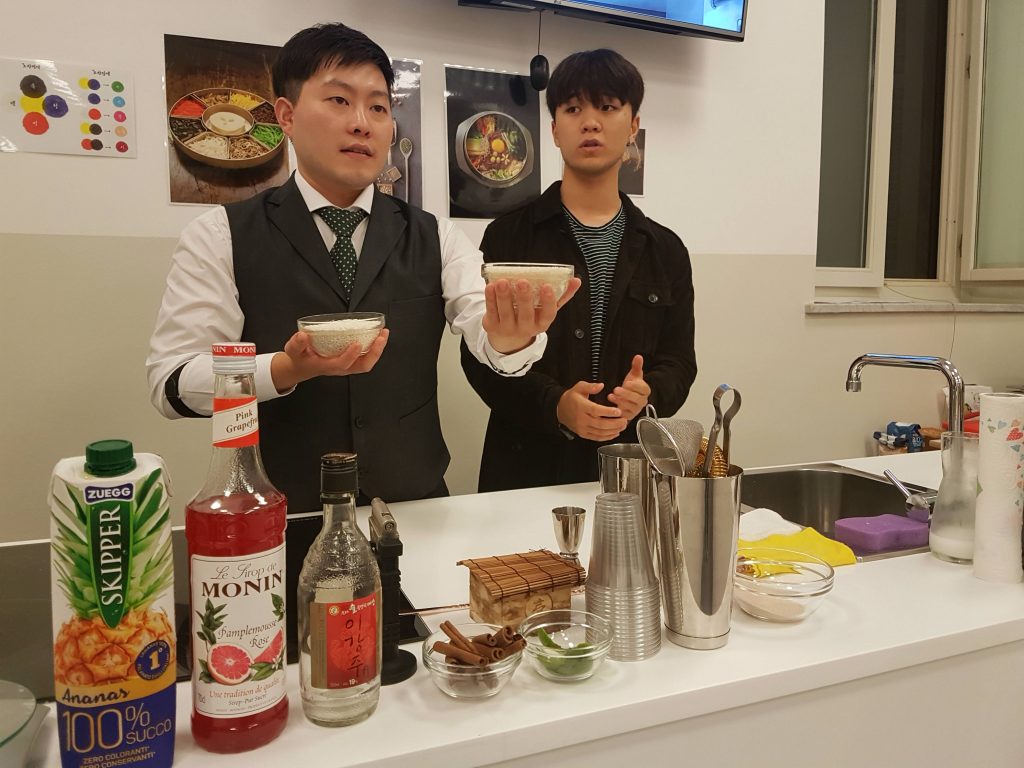 Makgeolli is traditionally a peasant’s drink, brewed for workers in the rice fields. We were taught how to mix the rice with equal parts water and a few grams of beer yeast to start the fermentation process, and then sent home to brew our own Makgeolli. 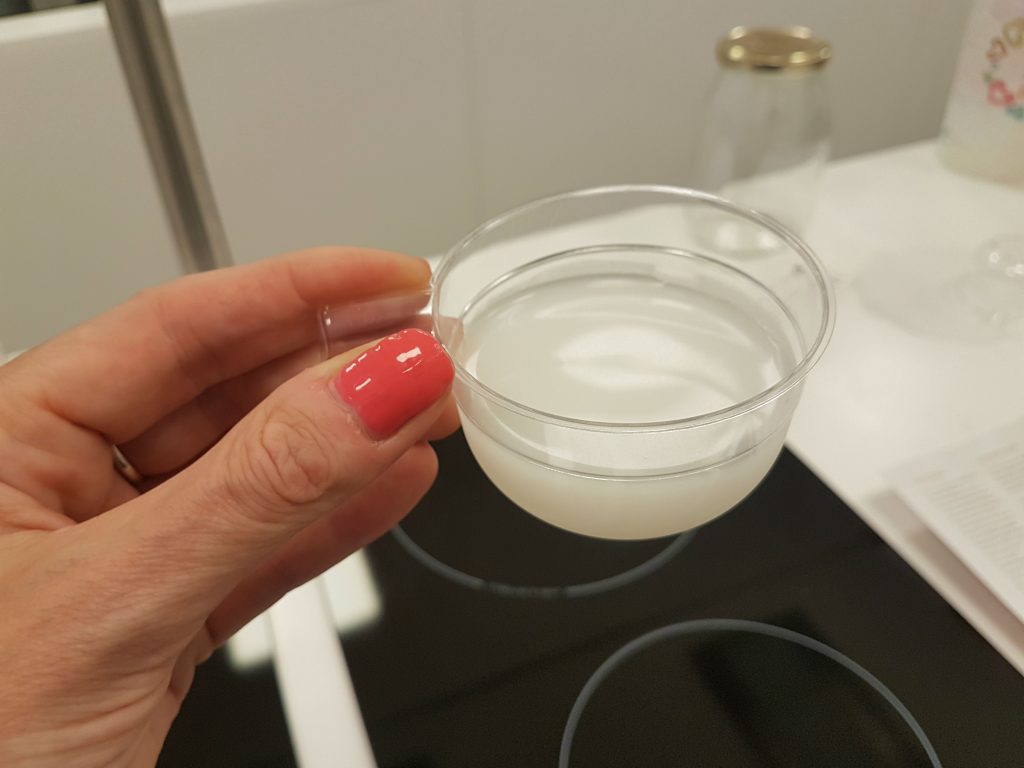 Unsurprisingly, there was also a chance to taste some Makgeolli during the lesson, which was run by top Korean mixologist and vegetable sommelier Tae Yeol Kim who usually works out of London. 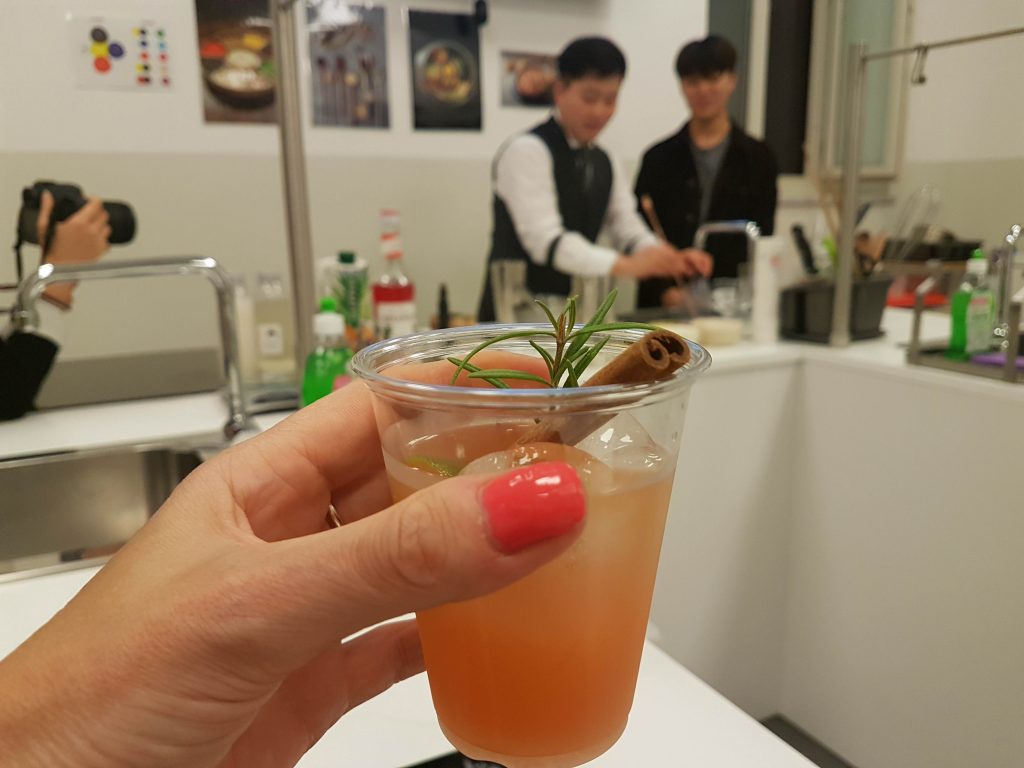 We were also treated to a meal to go with our Makgeolli from excellent nearby Korean restaurant Galbi (highly recommended). Lots of fun and another good reason to visit (and keep an eye on) the Korean Cultural Institute in Rome! 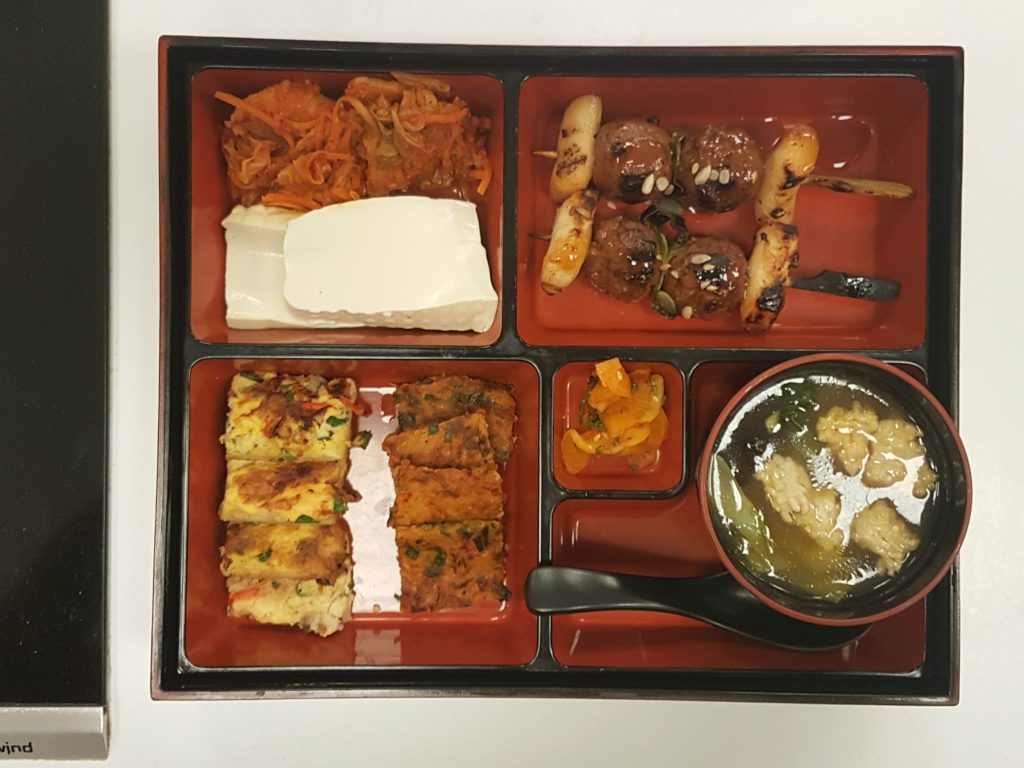 Read next: Doku Japanese Bar in Pigneto challenges the old order of Japanese restaurants in Rome