A guide to craft beer pubs in Rome: Be.Re., craft beer plus Trapizzino street food near the Vatican 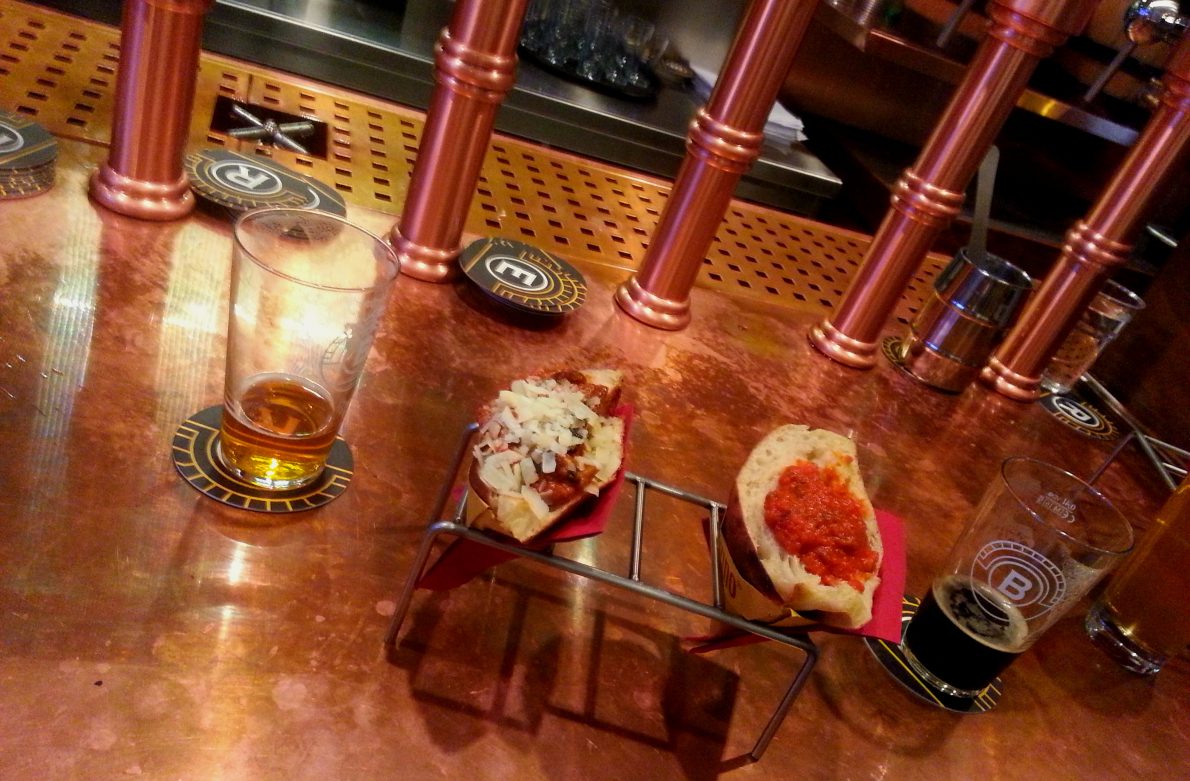 Ten years ago in Rome you didn’t have an awful lot of choice if you wanted to drink craft beer. Thank goodness there was Ma Che Siete Venuti a Fa, a tiny watering hole in a grubby back street in Trastevere, which opened in 2001. This pub mostly attracted locals, and mostly hordes of 20-something Roman men, plus the odd well-informed connoisseur of artisan ales. The brain-child of Manuele Colonna, a pony-tailed publican whose other brilliant inventions have included Ma Che’s (almost) annual beer cruise to Barcelona, I soon became a firm regular here and it’s a pub whose constantly evolving tap-list – comprising mostly Italian, Belgian and German beers – never fails to delight. It’s open all year round except Christmas Day, making it an essential and curiously reassuring fixture in the Roman craft beer scene. 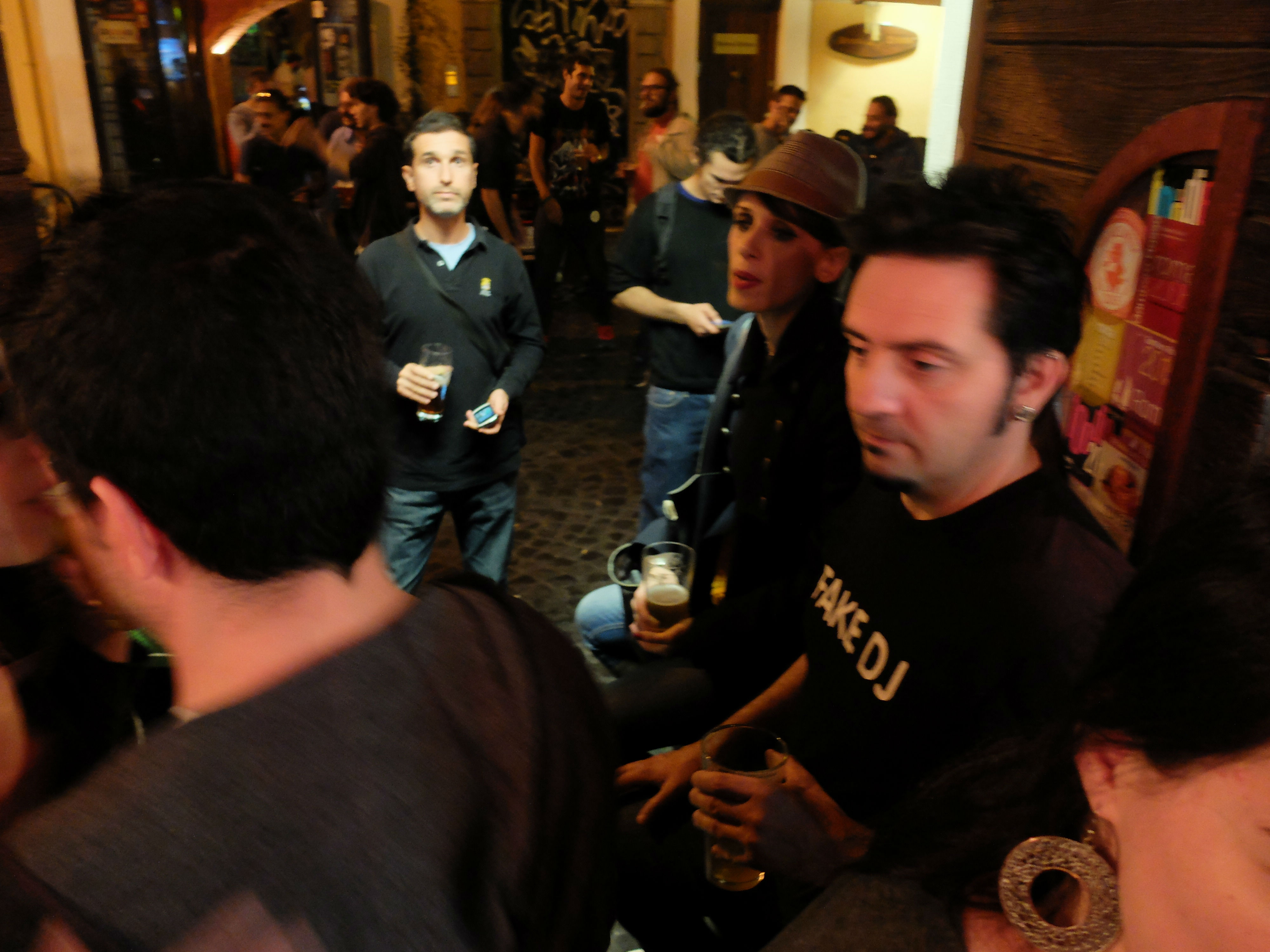 The last decade has definitely seen craft beers explode into the mainstream in Rome. (Blame the hipsters, if you will, but few bars can now get away with serving entirely industrial beers on tap – you need at least one with a daft name). While a handful of pubs have settled for the slightly lame addition of a token pale ale or artisan stout, there are many more pubs and young publicans who have dedicated themselves to serving only craft beers, meaning that nearly every neighbourhood in the capital has a decent bar or two if you’re in search of the artisan stuff (definitely the subject of another post).

But today I want to talk about a brand new craft beer bar in Rome, Be.Re., another offering from Manuele Colonna, which I think is going to rapidly become an institution in the city. Since opening Ma Che, Colonna hasn’t been resting on his laurels, with the launch of Bir & Fud, combining pizzas, burgers and craft beer, also in via Benedetta, as well as the exponential growth of Domus Birrae, his craft beer distribution network in collaboration with four other partners. 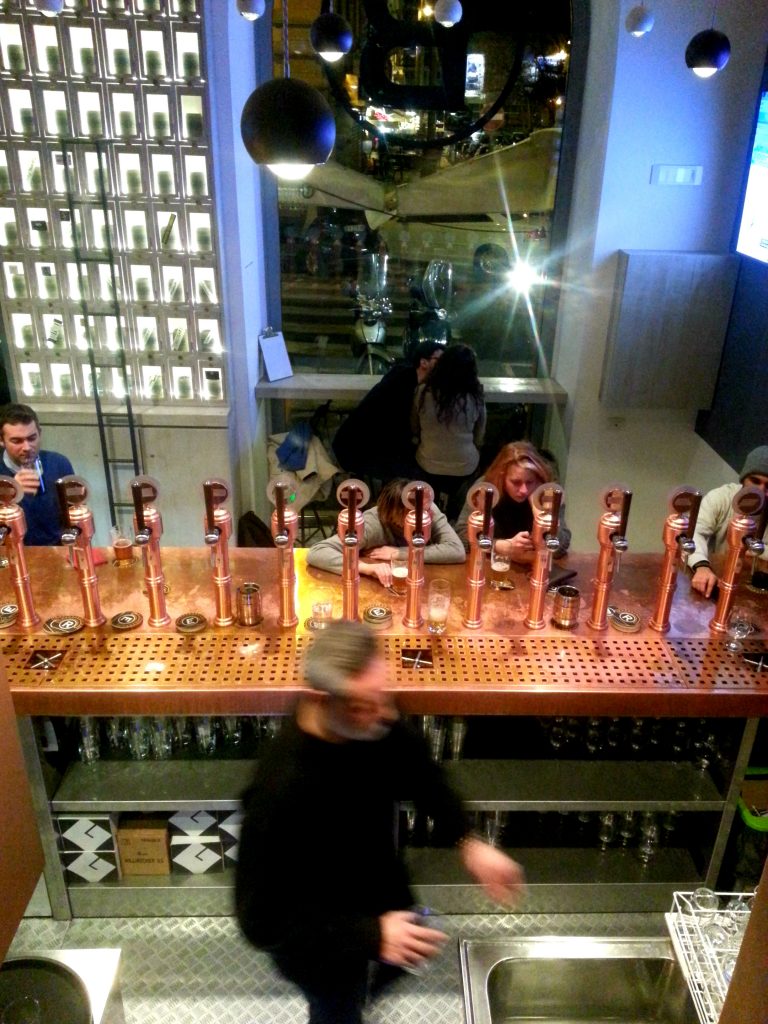 Be.Re. has two meanings – the Italian verb to drink (bere), as well as combining the words Beer and Restaurant, addressing its likely international clientele. Situated in Prati’s piazza Risorgimento, just minutes from the Vatican, it’s bound to become a firm favourite with tourists as the weather warms up. Colonna has opened the bar in collaboration with two other expert publicans,  Luigi Parise e Lorenzo D’Annibale, and with outdoor tables about to be delivered I can’t wait for the spring.

While Bir & Fud combined beer and dining with a proper table service and a wood-fired pizza oven, Be.Re. sits firmly between Ma Che and Bir & Fud in concept, offering beers and street food, served in a very informal manner.

The main copper lined bar hides a state-of-the art delivery system for its 18 taps and six hand-pumps. Expect a similar line-up of beers to Ma Che – this Friday, when I popped in, I drank beers from Eastside and Vento Forte, and spied Ma Che favourites such as Birrificio Rurale‘s Seta and a weissbier from Weihenstephaner. But the fun part is a built-in street food stall in an adjoining room – Stefano Callegari’s Trapizzino, no less. These mouthwatering pockets of pizza dough are stuffed with the sort of oozing fillings you’d usually see on a trattoria table – expect melanzane parmigiana, meatballs in tomato sauce, or hunter’s chicken, for around €4 per sandwich (and be ready to order two or three if you’re looking to substitute your evening meal).

At Be.Re., you simply ask the barman for your trapizzino of choice, and it’s delivered to your bar-stool while you drink. Above the main bar area there’s an inner hall with long tables and mood lighting, for bigger, rowdier groups (but it’s hard to beat the main bar for the people watching).

If you’re planning on becoming a regular, ceramic beer mugs are on sale for €20 branded Be.Re. and you can even book your own locker to keep it in. Preference at the moment is being given to famous publicans in town, brewers and restaurateurs. I live in hope of slapping a Testaccina sticker on one of those little windows by the end of the year. Watch this space.