Babington’s Tea Rooms, the remarkable institution near the Spanish Steps in the heart of Rome, has survived two world wars, not to mention political and social sea-change down the century, never veering from the principal of serving the best, hand-blended teas and an artful food range which has grown over the years.

As you might expect, the official Babington’s Tea Rooms party at the British Ambassador’s home was a suitably glamorous affair. Featuring a two-metre high cake, dancers with tea-bags stitched to their dresses, a live string quartet and oodles of prosecco and tea, it was definitely the place to be.

Heirs to Babington’s Tea Rooms, Chiara Bedini and Rory Bruce, great-grandchildren of Isabel Cargill – one of the two founders of the tea room – thanked the guests and presented a rich calendar of projects and events for the year ahead that will officially conclude on December 5th 2018, with a party in piazza di Spagna. 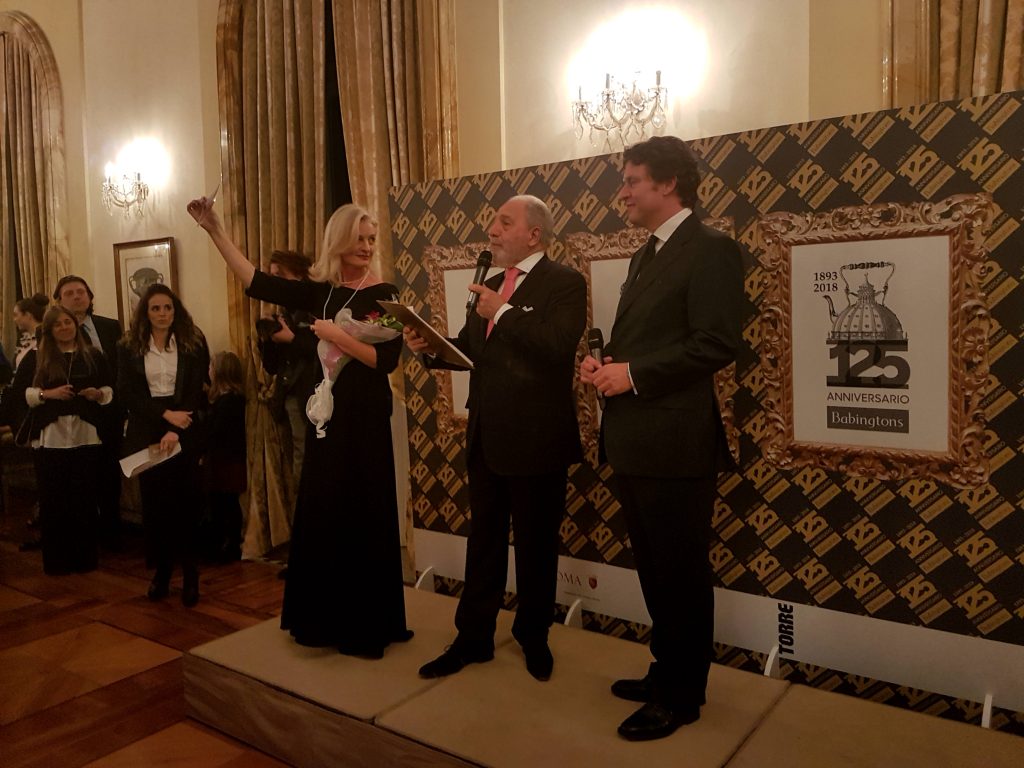 Special projects include the launch of a 125th anniversary tea, dubbed Miss Babington, in honour of the other founder, Anna Maria Babington.  Blended from black tea, vanilla, honey, elderberry, rose petals, blueberries, juniper berries and myrtle leaves, it should be mashed for three minutes and served without milk. 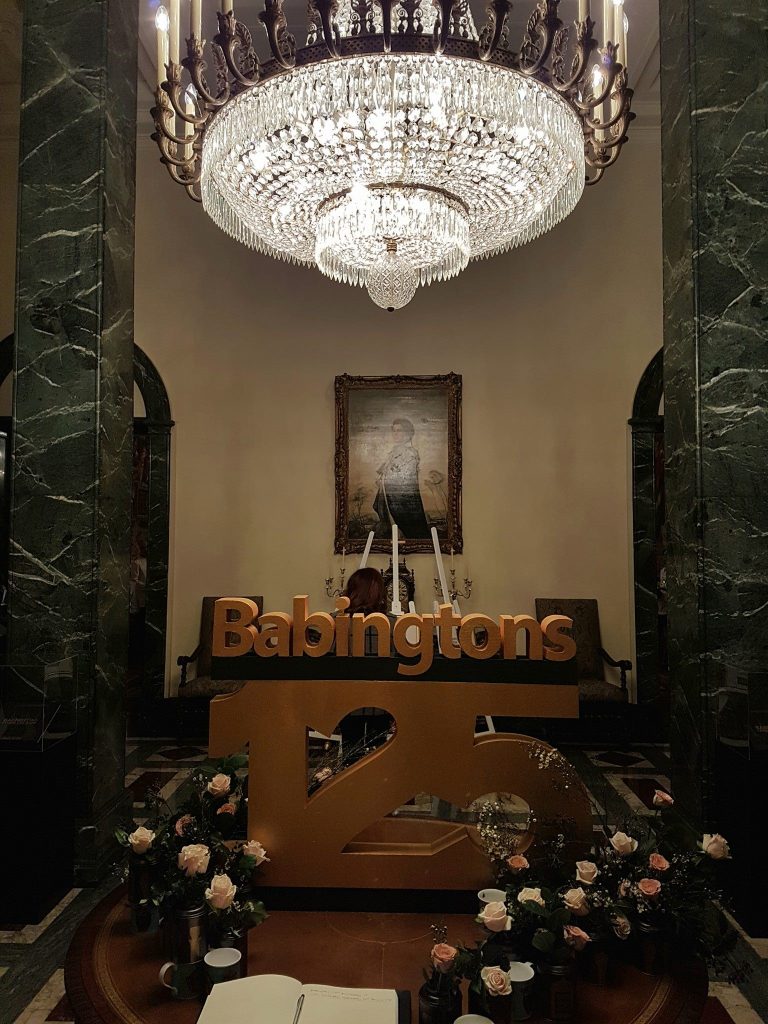 This year, the 125 years menu will also feature a special 1893 afternoon tea priced at €18.93 per person, featuring tea and cake. 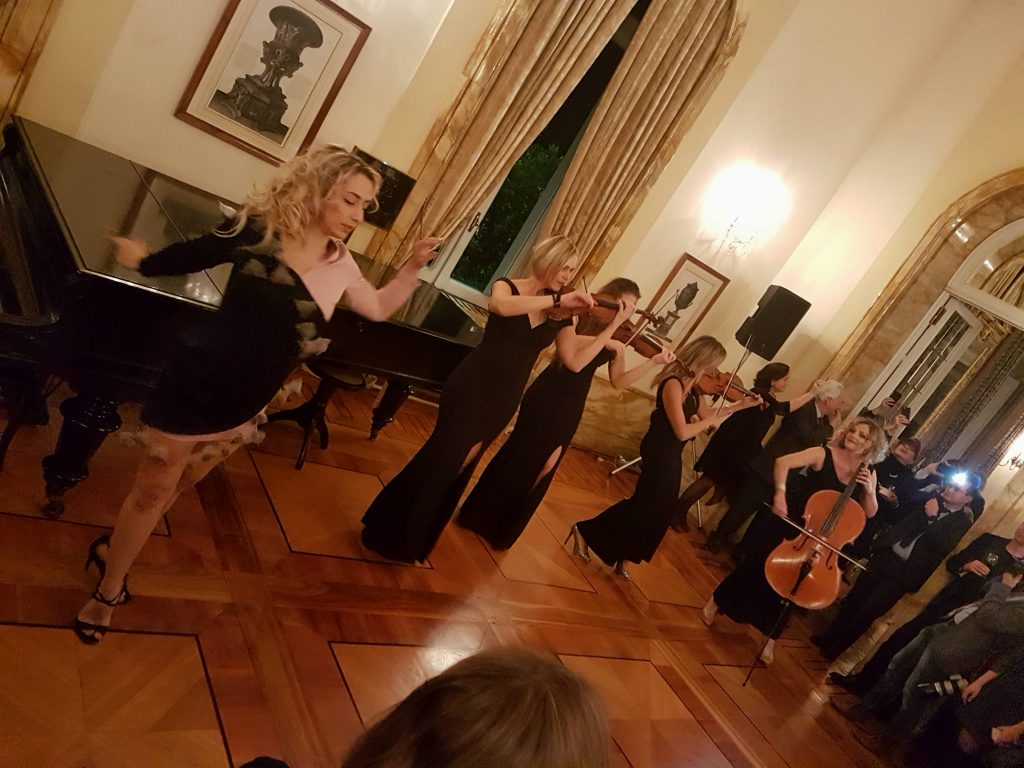 While the dancers and the musicians dazzled the crowds, the enormous raspberry and meringue cake probably stole the show. 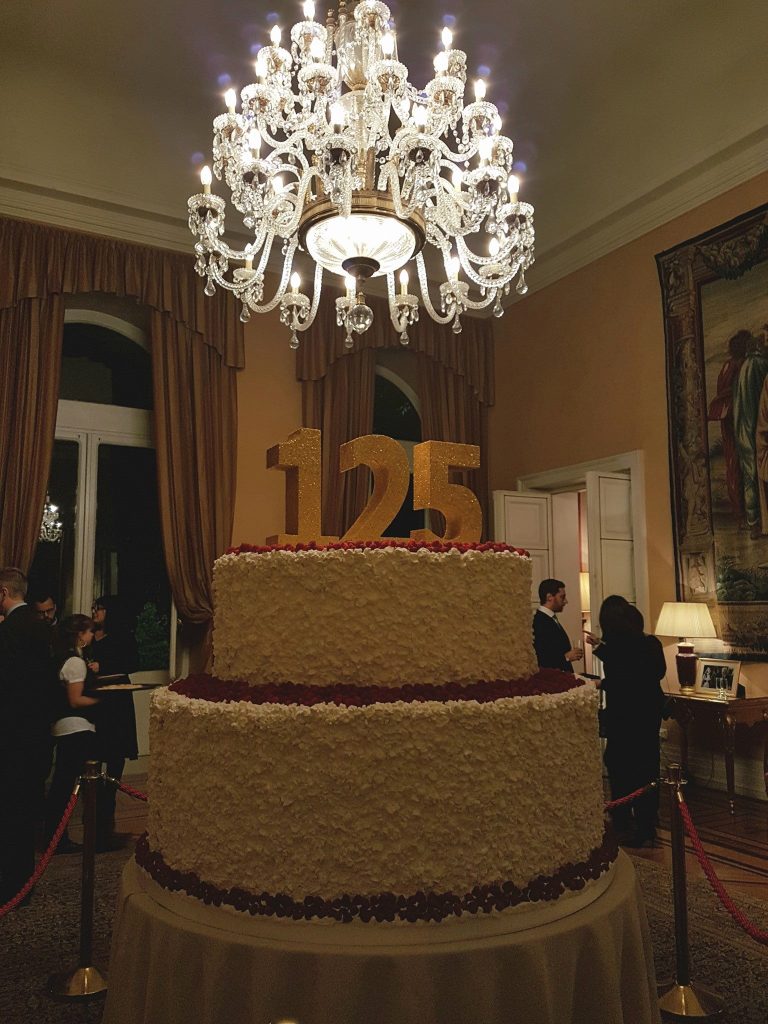 A word about the venue – Villa Wolkonsky is the official residence of the British ambassador to Italy in Rome, currently Jill Morris. 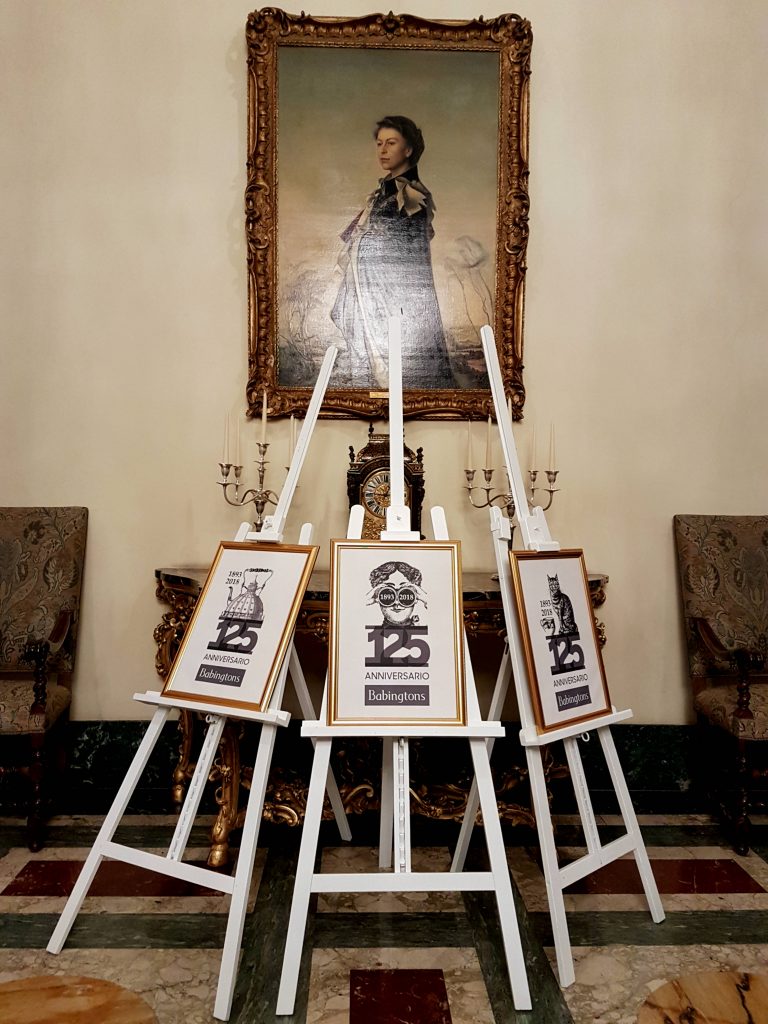 It was originally owned by a Russian princess, Zenaǐde Wolkonsky, who lived there in the 1830s. It was later sold to the German government, becoming the German embassy and ambassador’s residence in the 1920s.

After the Liberation of Rome in 1944, the Italian government sequestrated the property, and it was occupied by the Swiss legation and then the Italian Red Cross. 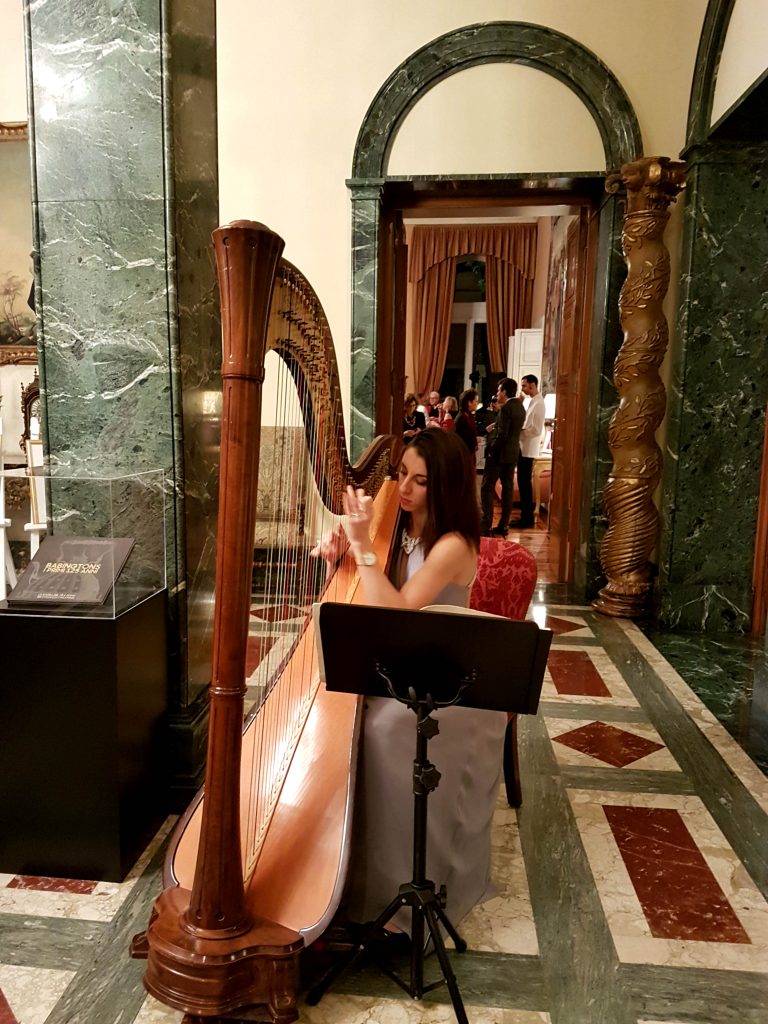 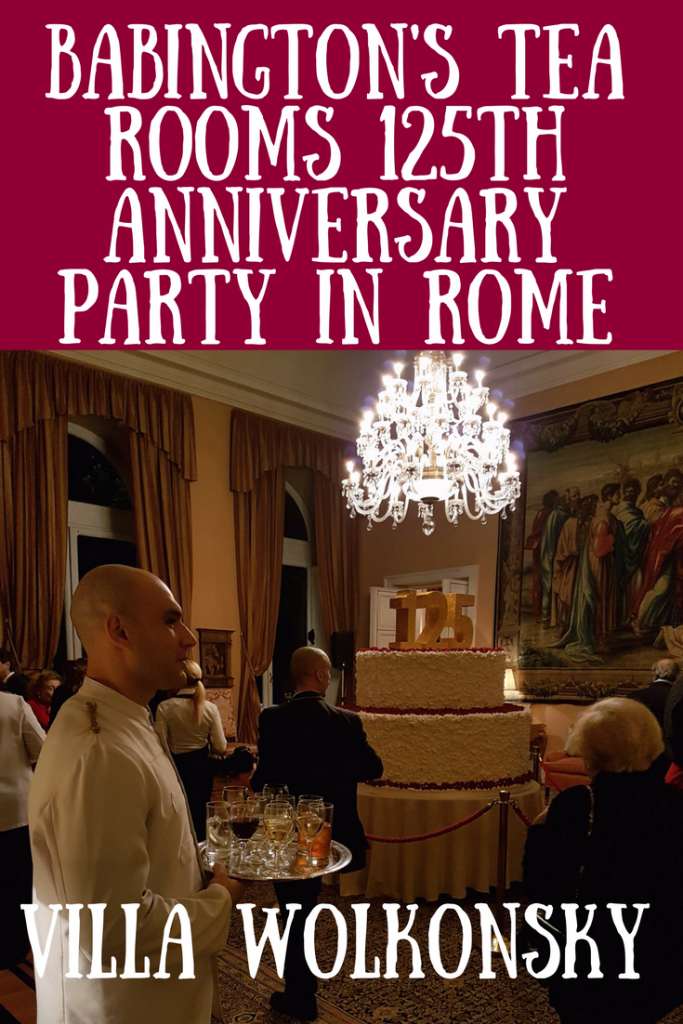 When the British embassy at Porta Pia was blown up by members of the militant Zionist group Irgun on 31 October 1946, the Italian government made the villa available to the British government to use as a temporary embassy and residence.

The United Kingdom purchased the villa in 1951 and it became the official residence of the Ambassador when the new UK Embassy opened at its former location, Porta Pia, in 1971.

Today, it is the location for a host of important parties and events over the year, including the Queen’s birthday.

Read next: Babington’s Tea Rooms: the cat that got the cream celebrates 125 years in Rome