Eating Italy’s Rome Evening Wine & Food Stroll is a relatively new addition to Eating Europe Food Tours’ collection of food tours in Rome. Comprising a stroll through Rome’s Jewish Ghetto, a charming walk across Campo de’ Fiori and Piazza Farnese, the tour then crosses the river for dinner in Trastevere, closing with a gelato back on the other side of Tiber Island.

One of the first companies in Rome to offer comprehensive food strolls with a side dish of local history included, I have long been a fan of their Taste of Testaccio Food Tour and their Twilight Trastevere Food Tour. Could Eating Italy’s Rome Evening Wine & Food Stroll live up to my high expectations?

The meeting point set the stage by the charming Fontana delle Tartarughe or turtle fountain in the heart of Rome’s Jewish Quarter. This fountain was designed by Giacomo della Porta and the sculptor Taddeo Landini, but the stone turtles were added later by Bernini, according to local legend, for a unique touch which has since made it one of the best loved fountains in Rome.

Here tour guide and expert sommelier Marco Lori explained a little more about the structure of the Rome Evening Wine & Food Stroll. Not merely content with providing a guide to some of Rome’s most charming neighbourhoods, the evening would also comprise a rapid trip across Italy, told through some of its most renowned vintages.

The Rome Evening Wine & Food Stroll started with a comprehensive selection of appetisers at Pane, Vino e San Daniele on the same square, whose name is a dead giveaway as to its origins. San Daniele ham, said by many to be the most prestigious of all the cured Italian hams, is only found in a tiny area of Trentino, in Italy’s north-eastern corner. This wine bar or enoteca specialises in food from that region, including the eponymous ham as well as a delicious baked-cheese and truffle dish which we tried. This was paired with a Chardonnay from the region. 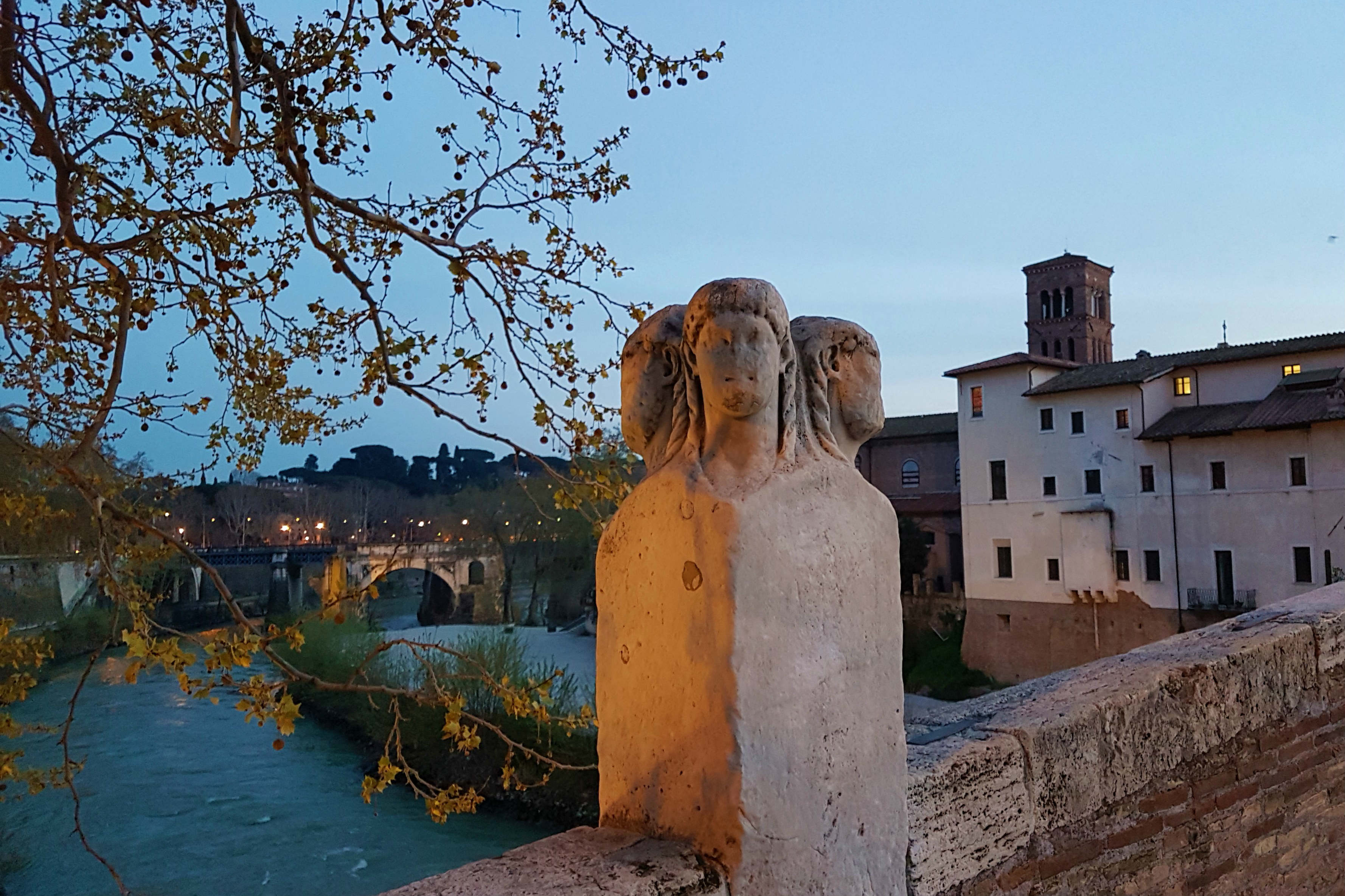 Rome’s Jewish Quarter isn’t an area you should rush through. The next stage of Eating Italy’s Rome Evening Wine & Food Stroll comprised an exploration of some of its treasures, before we reached another exceptional enoteca on the other side of the Ghetto. Beppe e I Suoi Formaggi does exactly what it says on the tin, with host Beppe providing one of the best selections of cheeses in town, paired with an excellent range of wines. Here we tried a fragrant Gewurztraminer which was robust enough to compliment a mature sheep’s cheese as well as a pungent goats’ cheese, sampled in charming surroundings.

Eating Italy’s Rome Evening Wine & Food Stroll continued out of the Ghetto and across to one of the loveliest corners of old Rome, Piazza Farnese, passing Campo de’ Fiori on the way. Marco’s knack for storytelling gave rise to one of the most fun moments of the tour, as participants received a cute surprise (which I won’t spoil).

With the sun setting over the river, it was time to head to picturesque Trastevere for supper, dining at Latteria Trastevere, a former milk-bar which has been transformed into a pretty bar and eatery.

There was still room for ice-cream at Gelateria del Teatro, on the other side of the river, where we were given carte blanche to sample two gelato types but encouraged to try wine-based flavours. All in all, a fitting end to Eating Italy’s Rome Evening Wine & Food Stroll. The tour represents the perfect experience for a first-timer to Rome, or someone who has visited the capital before and wants to go a little deeper into its food and wine culture and local history.

Please note, the tour only runs on Tuesdays and Fridays and takes around 3.5 hours. Tickets cost €94 per adult, all tastings and tips included.

Testaccina was a guest of Eating Italy Food Tours.