As Martino Ruggieri is selected as Italy’s leading chef for the Bocuse d’Or competition, the country prepares to change its approach to this premier French cooking contest

It’s not often that you’d describe Italy as the underdogs in a culinary competition, but that’s precisely the strange situation that the country has found itself throughout the history of one of the world’s most famous chef contests, the Bocuse d’Or.

Named after legendary French chef Paul Bocuse, the biannual competition to find the best chef by nation has rewarded many French chefs over the years as well as typically recognising the stars of Nordic and Belgian cuisine. Yet, since the biennial contest was established in 1987, Italy has never achieved a bronze, silver or gold placement. The European contenders received a further reality check last year when the United States produced its first ever world champion, the gimlet-eyed Mathew Peters, after a silver for America in 2015.

Why hasn’t Italy ever proved a real contender? For Enrico Crippa, lead judge of the Italian leg of the competition this year, Italy has lagged teams like the French and Swedish – or even the Americans – in terms of technicality and professionalism. ‘Other countries have had a much more structured approach, with extended training and financial support for the chef representing each nation, which has made a big difference,’ he said.

‘Italy has tended to approach the competition with a lot of heart, followed by technique, with intellect in last place,’ said Davide Palluda, another Michelin-starred chef based in Piedmont who was also part of the judging panel for this year’s Italian leg. ‘Whereas other teams approached this primarily from an intellectual, technical stand-point, for a winning formula.’

All that is set to change this year with the creation of an Italian Academy for the Bocuse D‘Or, with its headquarters in Piedmont, under the watchful gaze of Crippa himself, whose 3-Michelin-starred restaurant resides in the heart of the town of Alba. Big Italian and international sponsors have been recruited to give the young chefs that represent Italy financial support, while Crippa’s Academy will help them practise their competition entries to the point of perfection. 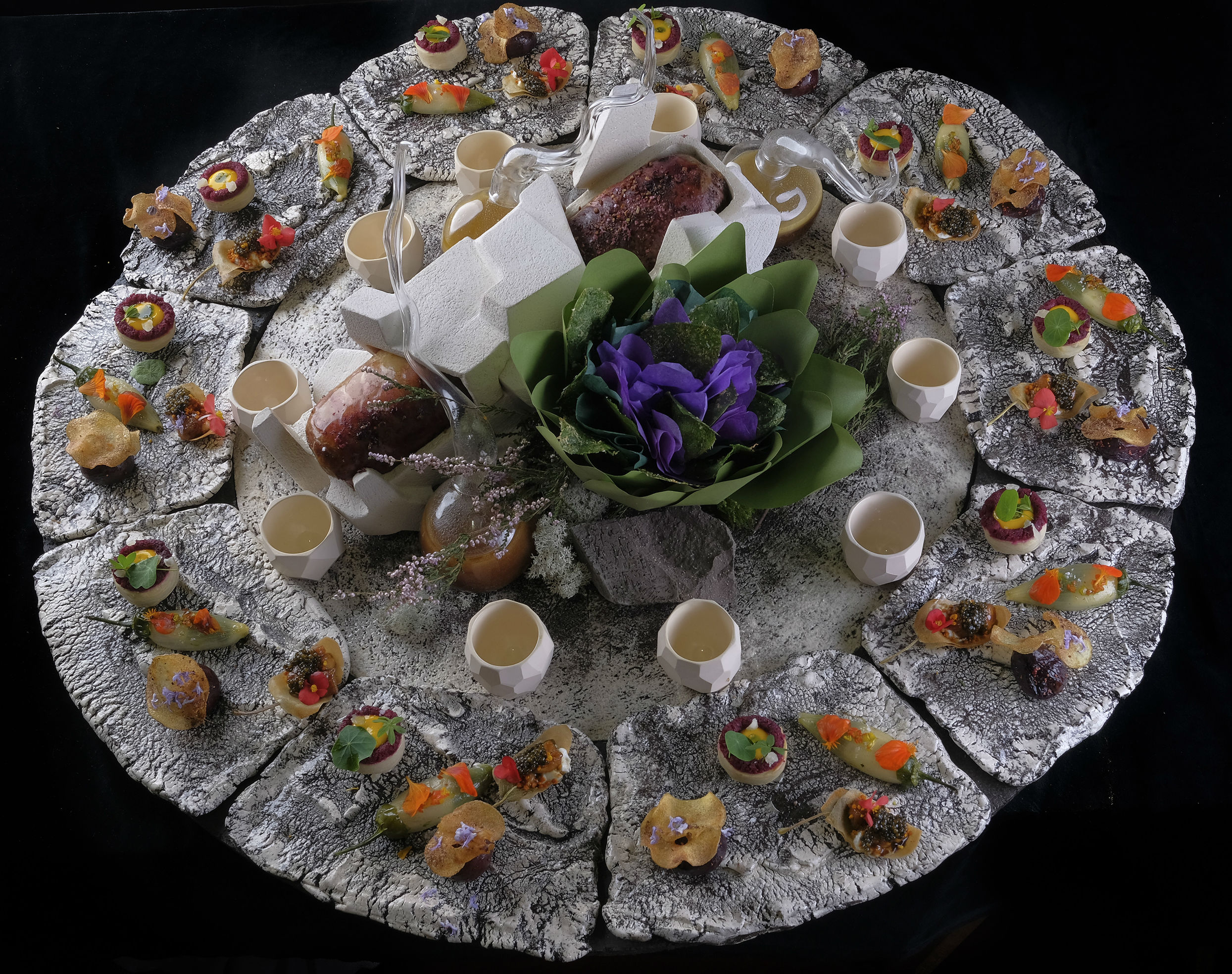 Current award-holder Peters told Testaccina that his winning approach had involved watching and learning from the victorious Nordic chefs of recent years, before applying his own rigorous interpretation. ‘But the competition – which passed to a very dry, technical approach for a few years – is coming back to recognise a more restaurant-style cuisine,’ he said. ‘That’s good news for teams like the Italians.’

The illustrious jury, headed by a triumvirate of Crippa, Carlo Cracci and award holder Peters tasted a meat dish and a vegetarian dish from each of the four contenders. Winner Ruggieri, the deputy chef at the Pavilion Ledoyen Paris, now goes on to compete in the European finals in Turin in 2018, before hopefully securing a place in the world finals in Lyon in 2018.

‘We’re playing at home for the European finals in Turin,’ noted Crippa, so we really need to take advantage of this opportunity and make sure that Italy is one of the teams that goes forward to the world finals.’

Whatever happens in Lyon, the infrastructure is now in place give a greater chance to future generations of Italian chefs, who will finally get the best possible support to compete on the world stage. It’s a fitting recognition too of the growing culinary supremacy of the Piedmont region, which is building a reputation as Italy’s most exciting foodie destination.