As I was walking down Adolf Hitler Street on the edge of Testaccio the other day, it got me thinking about how times have changed. Via A. Hitler, a long, wide avenue which joins Porta San Paolo with Stazione Ostiense, was built in 1938 by Mussolini on the occasion of the Führer’s visit to Rome.

Of course, it’s not called Via A. Hitler any more; very shortly after the end of the war it was renamed Via delle Cave Ardeatine, to remember the reprisal massacre of 334 Italians at the hands of German occupying troops, in the caves which stand just a few kilometres away.

The piazza in front of the station became Piazza delle Partigiani, celebrating the partisans who had played their own part in the war, fighting from woods and hills, ruins and basements. They say that history is (re)written by the victors: sometimes, streets are too.

Despite the post-war renaming, Mussolini’s decision to welcome the German command to Rome by channelling them through Testaccio has been immortalised in the architecture of the area. 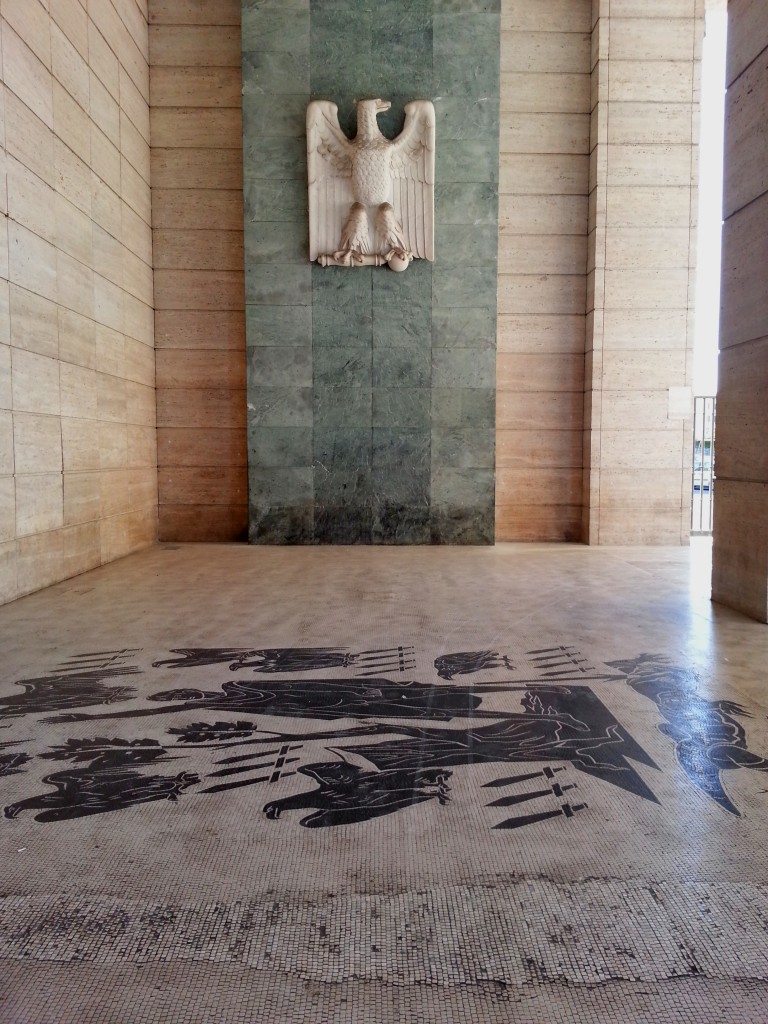 Ostiense Station was built precisely for this purpose: to welcome the Nazi troops in grand, Roman style. A huge iceberg of a building, it was designed by the official architect for the Italian state railway company, Roberto Narducci, and features a portico of square columns, with the entire façade covered in Travertine marble.

Its friezes are perfect examples of the Facist faux-Roman style favoured by Mussolini: Mercury is a pug-faced warrior that resemble the Duce, thick-calved, dragging Pegasus behind him. From a distance, the atrium’s mosaics look like loose-limbed dancers on a floor excavated in Pompei or Ostia Antica; close up, you recognise emblems of Rome’s violent past, Mussolini’s casus belli.

The piazza itself, quiet, with an almost rural calm on weekday afternoons, was designed to host great squares of troops. Squint, and you can almost visualise the long red banners fluttering down the front of the station. Then there’s the great Palazzo della Posta, the Post Office on Via Marmorata, actually one of my favourite buildings in Rome. It’s has all the style and symmetry of the 1930s without Fascist menace and is one of the greatest examples of the Rationalism movement in the city.

Completed in 1935, it carries no vulgar friezes or faux-Roman mosaics; Le Corbusier described it as one of the finest embodiments of modern Formalism. If the Post Office ever gives up the building I reckon it would make a fantastic hotel or deluxe apartment complex.

At the end of Via Marmorata, there’s the incongruous sight of Lombardi’s fountain for Testaccio plonked in the middle of a traffic island. Mussolini thought it would look just great on Hitler’s tour through the area and ripped it from Piazza Testaccio to impress the Führer. When the fountain moves back in a couple of years, a historical decision will have been reversed for good.

Once you step back from the main road – Hitler’s parade route – and into the streets of residential Testaccio, the Fascist associations slowly vanish. There are a few 1930s apartment blocks, recognisable by their sparse design ethics and square white windows. But most of the palazzi here were constructed at the turn of the century, as part of the social housing vision for the area, begun in the 1880s.

Now, beyond the close grid of houses and squares, weeds grow over Mussolini’s mosaics, and time sands the corners of the great, monolithic buildings along Via Marmorata. Slowly, generations forget why these monuments were constructed, although their silent message remains. 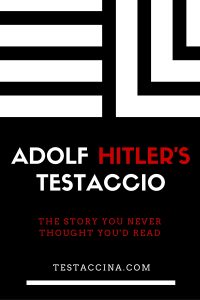