What’s it like going to a fashion week party in Rome thrown by one of the great Italian designers? I was able to peek into this world recently after attending Bulgari’s New Curiosity Shop party at an exclusive villa on Rome’s Via Giulia, one of the smartest districts in town.

The party took place at the end of AltaRoma in February, the week when Rome displays its fashion credentials to the world.

The party – dubbed #newcuriosityshop on the bright orange invites – was held in honour of the brand new Bulgari store recently inaugurated in Rome called the New Curiosity Shop.

While the designer label’s historical boutique, at 10 via Condotti, is’t going anywhere, Bulgari recently acquired 11a via Condotti as well, with plans to create a diffused shopping experience, with the two stores complementing one another.

Bulgari is famous the world over for its signature jewellery, watches and perfumes, and the new boutique is set to showcase them to dazzling effect.

The location for the party, via Giulia, was a fitting one for such a grand event. Distinguished by great villas and palaces, many of which have been turned into embassies and cultural institutions, the street is also home to Palazzo Sacchetti, a stately home which you might recognise as a shooting location for the Italian film La Grande Bellezza. 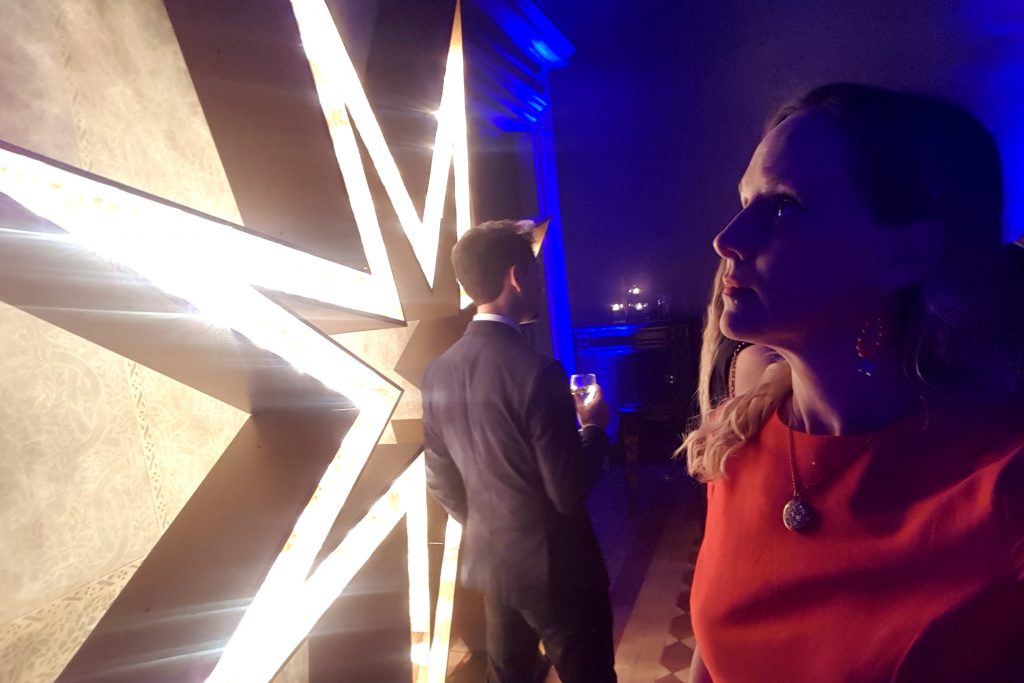 Curiosity was the main theme of the party for good reason. When Sotirio Bulgari opened his very first boutique, at number 10 via Condotti in 1905, he called it the ‘Old Curiosity Shop’ in homage to the Charles Dickens’ novel, hoping to attract the rich English tourists that passed through Rome. As well as selling locally made jewellery, he sourced vintage treasures from overseas with Byzantine and Hellenic motifs. 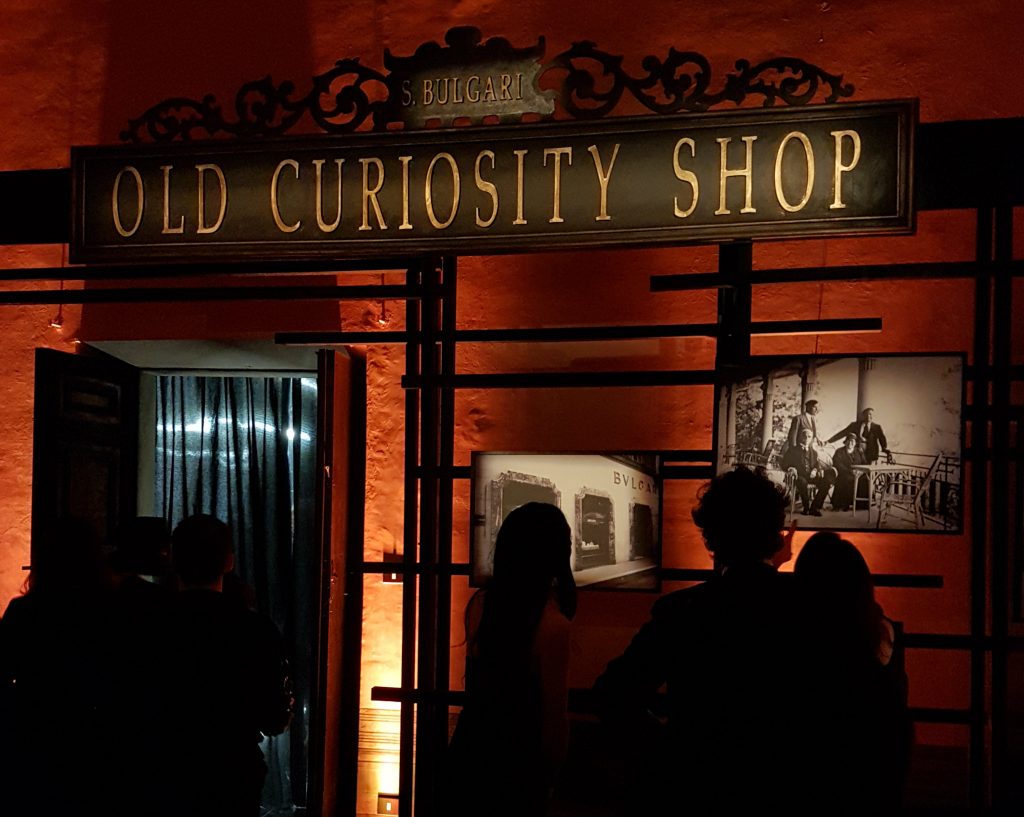 Bulgari’s party celebrated these origins, transforming Palazzo Sacchetti into a maze of rooms, with each party guest receiving a map to guide themselves through the labyrinth. Starting in a room dubbed the Old Curiosity Shop, guests then passed into a video-walled hall of mirrors, called the New Curiosity Shop. 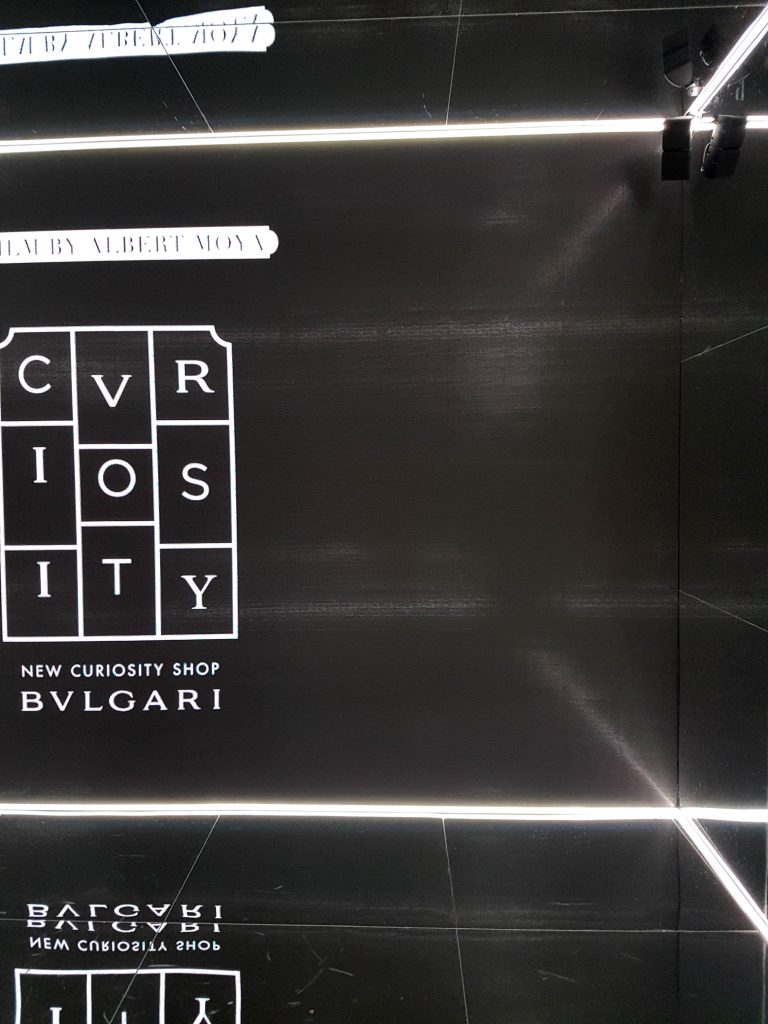 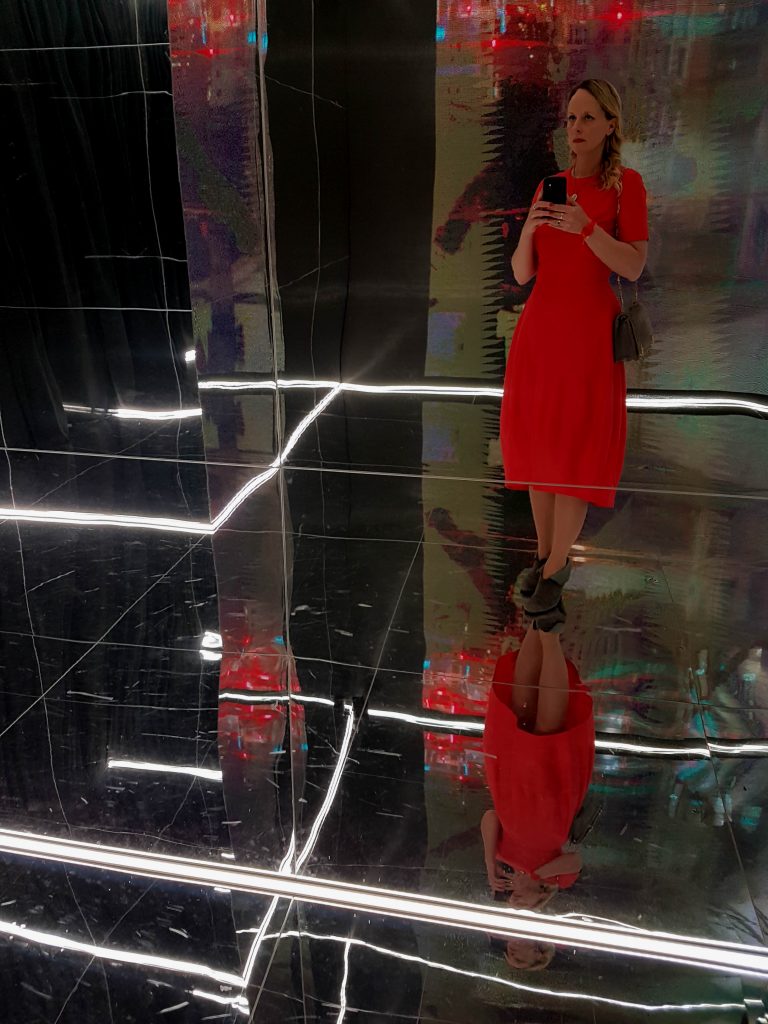 After that, there was the Mirabilia Room, dressed with one of Palazzo Sacchetti’s signature globes, the Timeless Flavour and Timeless Lounge rooms, the Discovery Room, the Future Lounge and Future Flavour rooms, as well as the Curiosity Labyrinth. 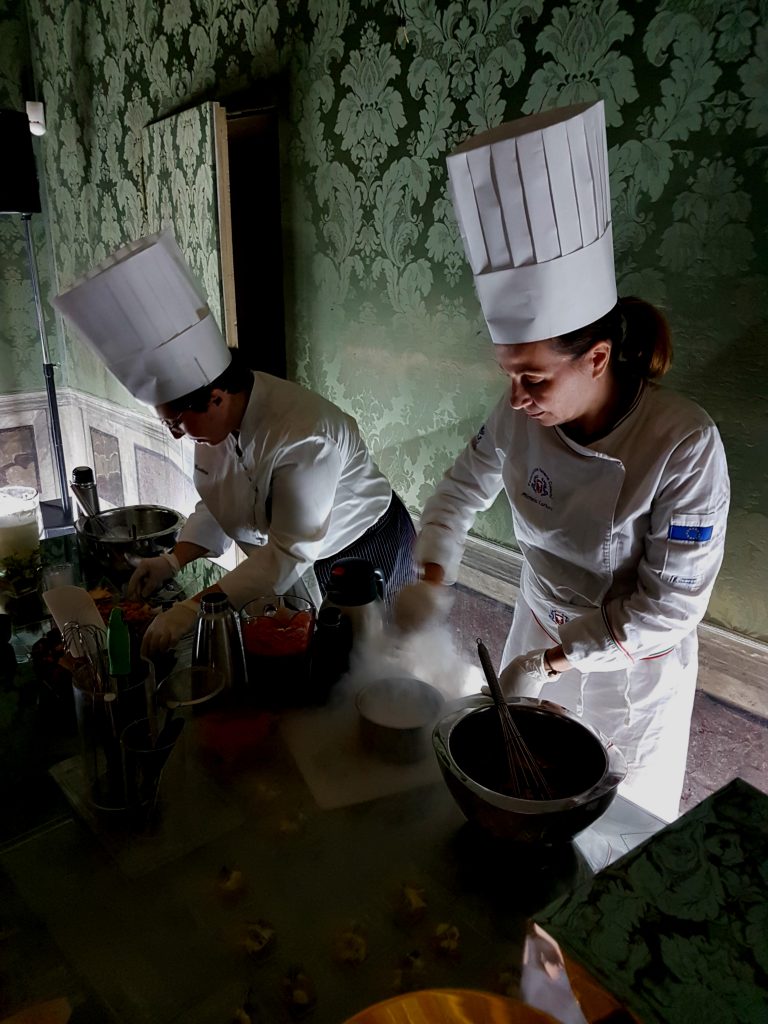 A molecular cooking show dramatically fizzing with dry ice took place alongside the buffet, while desserts – dressed on a grand table filled with cakes and sweets – occupied another room altogether. An opulent free bar dubbed Drink the Future featured baristas mixing anything and everything you could ask for. 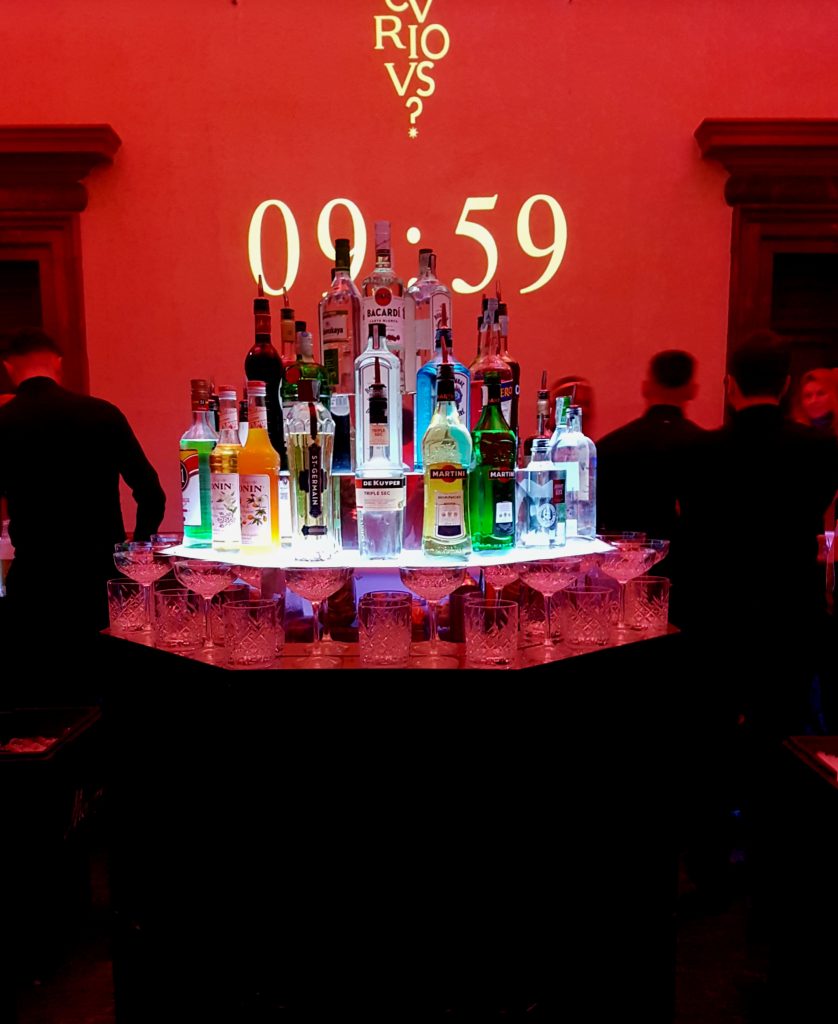 Late in the evening a hitherto closed pair of doors opened revealing a dance floor filled with hundreds of white balloons. 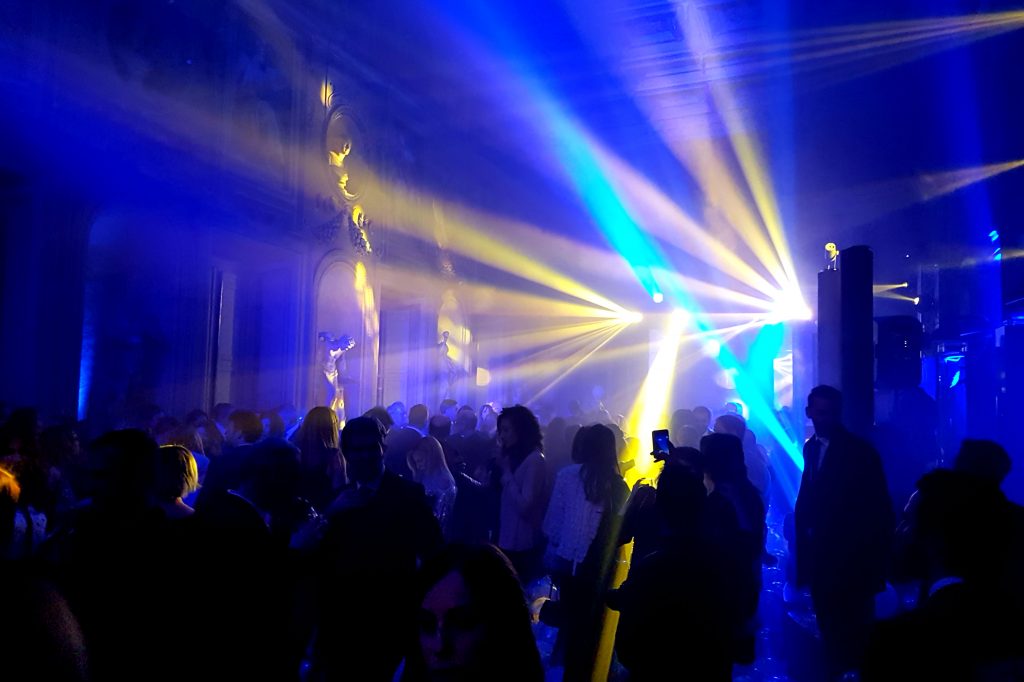 As the music started, surprise guest DJ, Skin from Skunk Anansie, took to the decks. 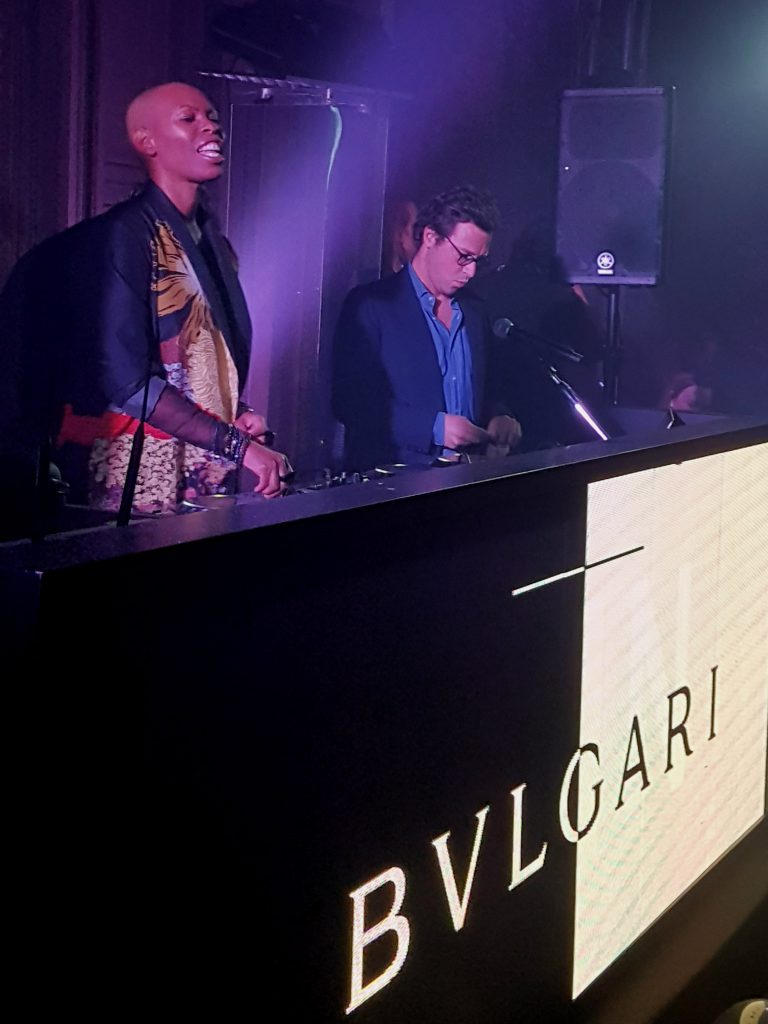 The party continued late into the night with each guest receiving a souvenir Bulgari notebook to take home at the end, as well as lots of fabulous memories of one of the parties of the year.