Restaurants in Rome: Altrove in Garbatella – saving the world, one bite at a time

Altrove Restaurant is a new restaurant in the Garbatella district of Rome with an extraordinary plan. In a city like this, it’s hard enough to come up with a new food concept to draw a regular clientele which lasts longer than the latest summer fad. Well, Altrove is a restaurant which has launched with a bold menu that takes inspiration from all the corners of the world, proposing dishes inspired by South and Central America, Africa, India, Eastern Europe and more. At the menu’s core, is a rich seam of Mediterranean culture and – you’ve guessed it – seasonal ingredients, largely sourced locally and from quite incredible places (more on that later).

So there are plenty of recognisably Italian dishes too, often led astray with an exotic ingredient or ten – fusion would be too ordinary a description. Head chef Lorenzo Leonetti calls it a ‘contamination’ of cuisines, and the result is nothing short of unique. 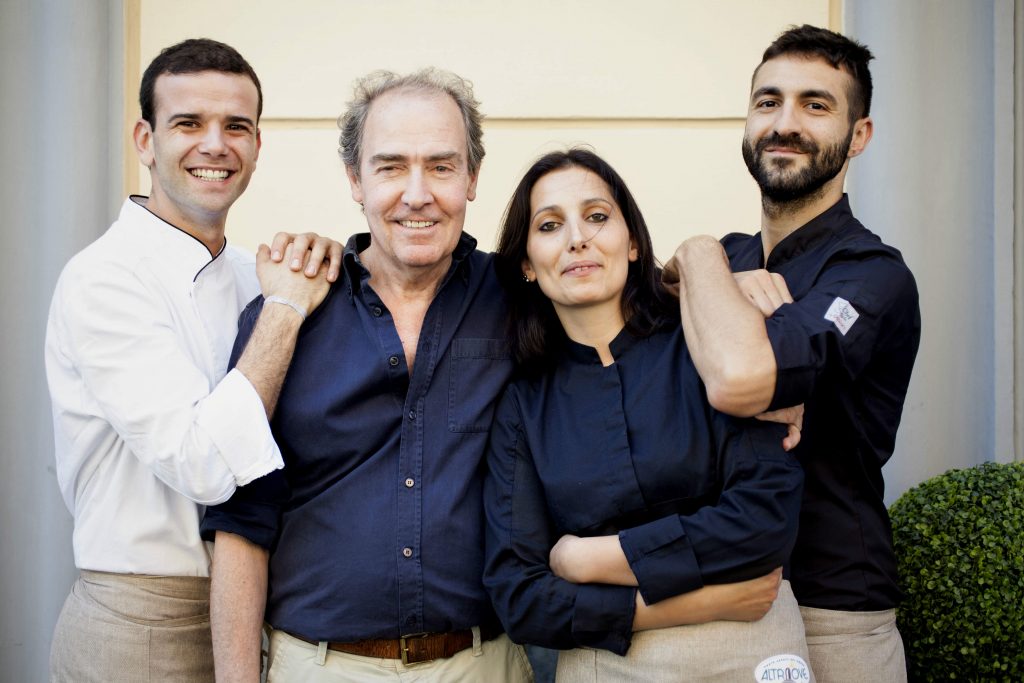 Entrees include ceviche and picanha from south American cuisine, a typical Sardinian seada transformed into a savoury dish with bottarga from Tavolara and buffalo mozzarella stracciatella, as well as an extraordinary caponata, dubbed melandola, studded with chilean raisins and an almond foam.

For your first course, how about couscous with cranberries and toasted almonds, homemade fish ravioli, or pasta in a rich lamb sauce? The zuppetta panko combines beans with a fillet of baccala in a panko breadcrumb crust with crunchy octopus in a shock of tastes and textures.

Main courses suprise with ginger and fennel, kofta, seabass with spices from Bangkok and octopus combined with the Mediterranean flavours of hummus and roast aubergine. And for dessert… did you know that deconstructed lemon-meringue pie is a thing? 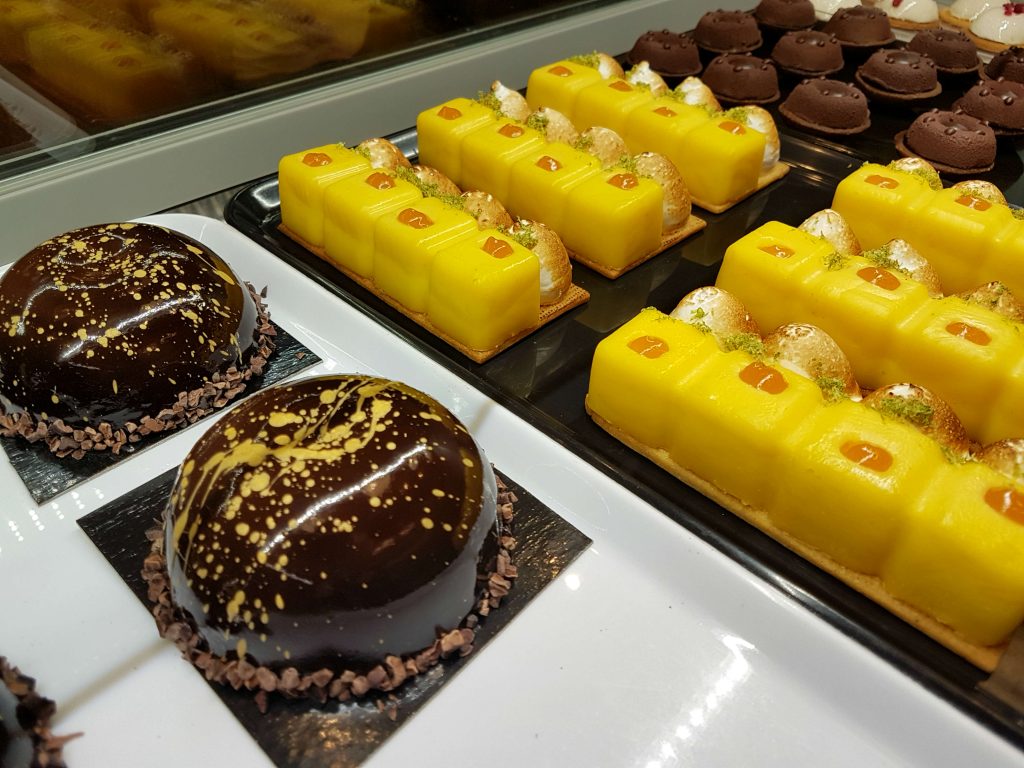 Like that sensational baccala, a metaphor for this restaurant, when you cut through the crust there’s a surprising, brilliant touch at its heart.

In this review, I was determined to headline with the food, because it deserves no less. But the concept behind Altrove Restaurant is so blindingly good it deserves your custom for another reason. Altrove Restaurant was born in collaboration with local non-profit CIES (Centro Informazione ed Educazione allo Sviluppo), which helps young people get a break in life, particularly the disenfranchised.

So, the kitchens are staffed with up to 15 trainees, amongst them the local young unemployed, but also migrants and refugees, too, learning how to become pastry chefs as well as all-rounders. The permanent staff here include director Sandro Balducci, a small, permanent team of chefs and wait staff, plus head chef Lorenzo Leonetti, who already rocked the Roman scene a few years ago with his Grandma Bistro project, an inventive, on-trend restaurant and diner in the edgy Quadraro district. 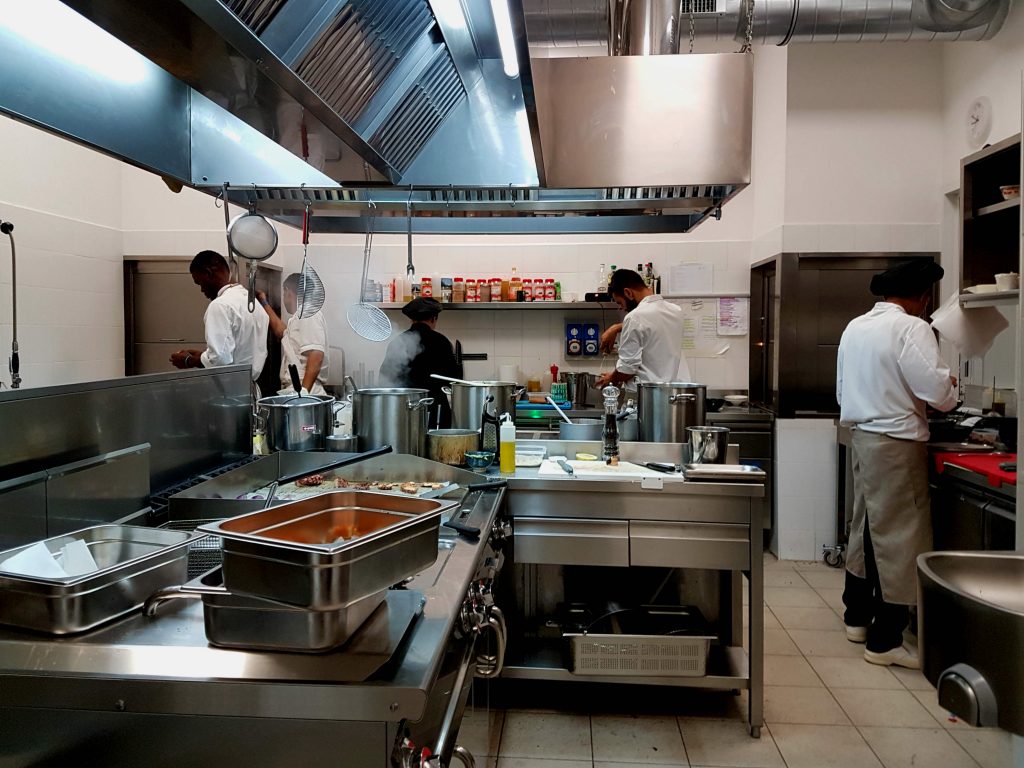 Lorenzo, by the way, dedicates much of his time to developing social cooking/eating initiatives, in the conviction that it does open doors, gives people a new chance. When you start a project like this, Lorenzo tells me ‘you want to follow through.’ By way of example, some of the cheese is sourced from another incredible socially productive food project, a cheese-making workshop in the Roman prison of Rebibbia, which attempts to equip the incarcerated with skills they can apply when they get out.

Finally, Altrove’s concept is underlined by the decor: that bright globe is the warm heart of a light but rich architectural concept where doors recur throughout. Doors on the walls, doors nailed to the bar, doors fashioned into mirrors in the bathroom.

Since its launch, Altrove Restaurant has added breakfast and brunch to its roll call of offers. Brunch costs a very reasonable €15 for adults and €8 for kids and includes a typically inventive mix of cultures and cuisines.

A number of the chefs have already gone on to secure permanent jobs in other Roman restaurants, including an impressive range of places. The day I was there, one of the young chefs was celebrating his last day, and about to start at iconic ice-cream parlour Fassi.

Can you save the world with initiatives like this? Not sure yet. But Sandro, Lorenzo and the rest of the team at Altrove Restaurant are going to give it a try.