Signs of the times: Florence

Today on the blog I wanted to share a few photos that I took in Florence last week. They represent a geek passion of mine: signage, particularly lettering that hasn’t been updated in many moons. What I like about it so much is how much information typeface communicates. Have a look at the vintage letters above in Florence’s rather beautiful central station, Santa Maria Novella.

What do those broadly spaced, clean sans serif shapes communicate? Even the gaps between them have something to say, a certain grandiosity, an ambition to see new horizons in a century of accelerating travel. Stop for a moment and you are standing in the freshly opened station in your best coat and a good hat, while a porter heaves a bulging trunk onto a trolley (some things never change).

The year is 1935, and Santa Maria Novella is a bold new architectural statement in the city, a masterpiece of rationalist architecture defined by glass and steel and big open spaces.

The 1930s class of sans serif typefaces, rational and cold and yet imperial in their ambitions have particularly fascist connotations in Italy. It’s no coincidence that they recall the simplicity of carvings in ancient Rome: they also aspire to eternity, to being set in stone for the foundation of a new civilisation: row upon row of cleanly shaven men marching in unison under the banner of Mussolini.

The old cinema on Via Nazionale in Florence used to be called the REX cinema in the Fascist years. After the war, it was renamed Apollo, and although the building is now home to a Mercure hotel, the post-war signage stayed. In the winter sun, there’s a rather splendid play of light along these letters, a homage to the sun god, and again, they’re strangely aspirational in their boldness, expressing hope for the rebirth of the Italian Republic after decades of civil war. 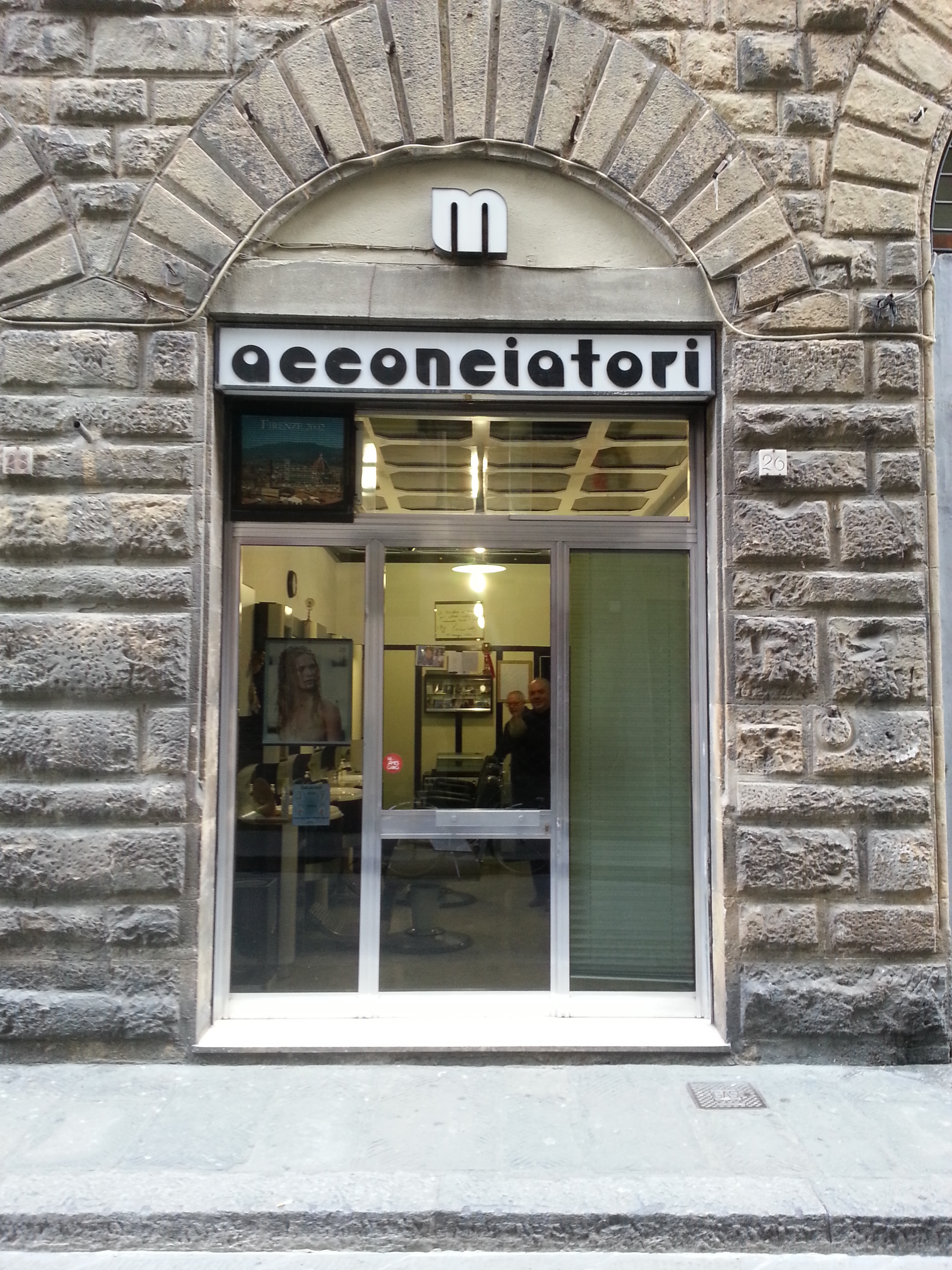 Other signs in the city are less political. Take this old typeface above a hairdresser’s shop: late 60s or 1970s, I’d say, a rather groovy take on signage which must have stood out in its day, next to the post-war hangover of stark capital letters. Importantly, the service offered here is hairstyling: this is no rude barber with red and white pole and dentist’s chair, but a welcome into the chic future, into a world of looking your best in a faint cloud of hairspray.

The next few signs I’d like to share are rather a comment on Florence’s evolution. The decade is the 1980s, and the Tuscan city is back on the high fashion map in a big way. Everything’s big: Emilio Pucci’s patterns, Gucci’s shoulderpads, Salvatore Ferragamo’s pockets. Along Via de’ Guicciardini, stores throw off the last vestiges of hippy culture and re-engage with art deco angles while fixating on modernity, as only the 1980s can. 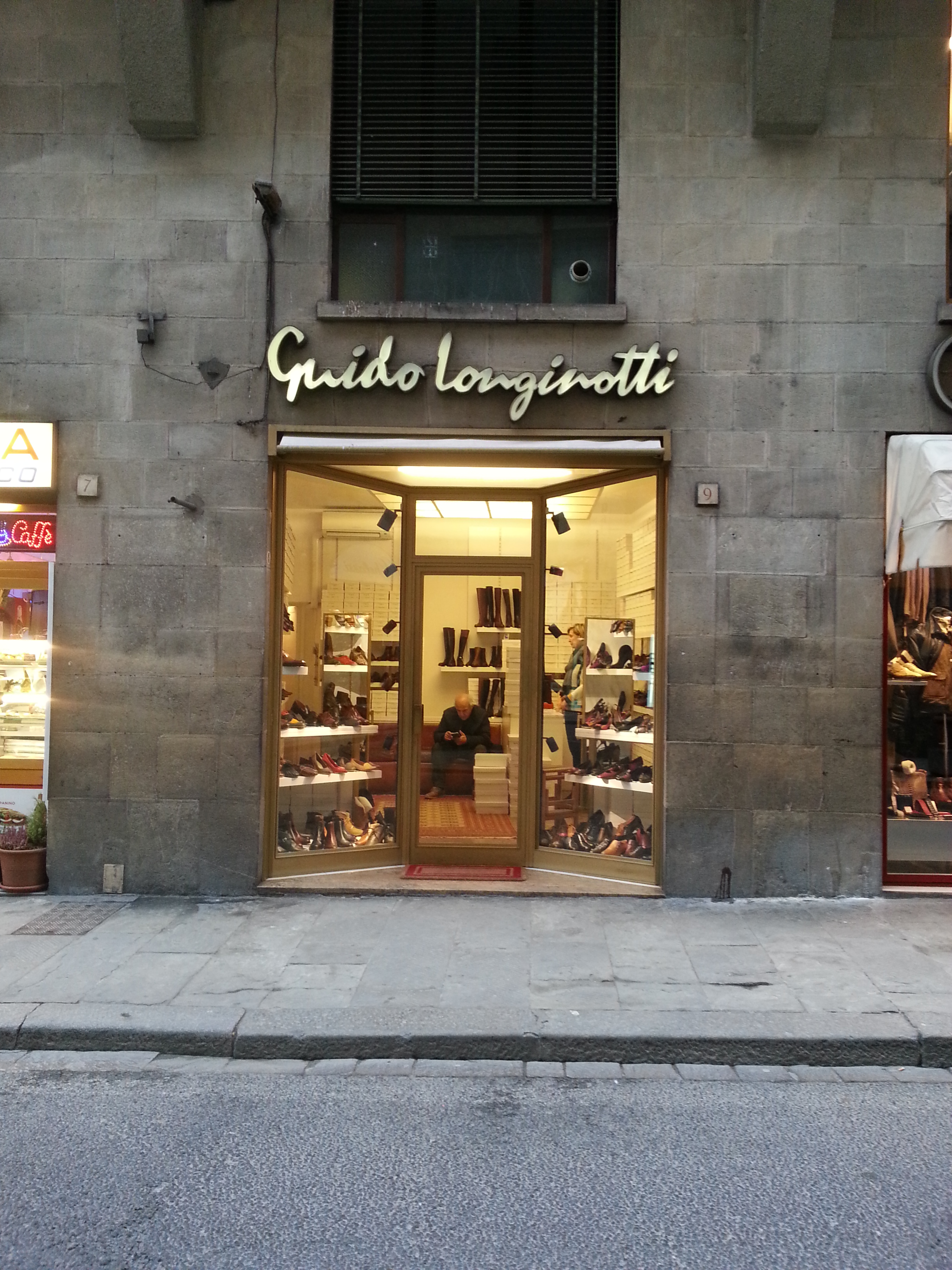 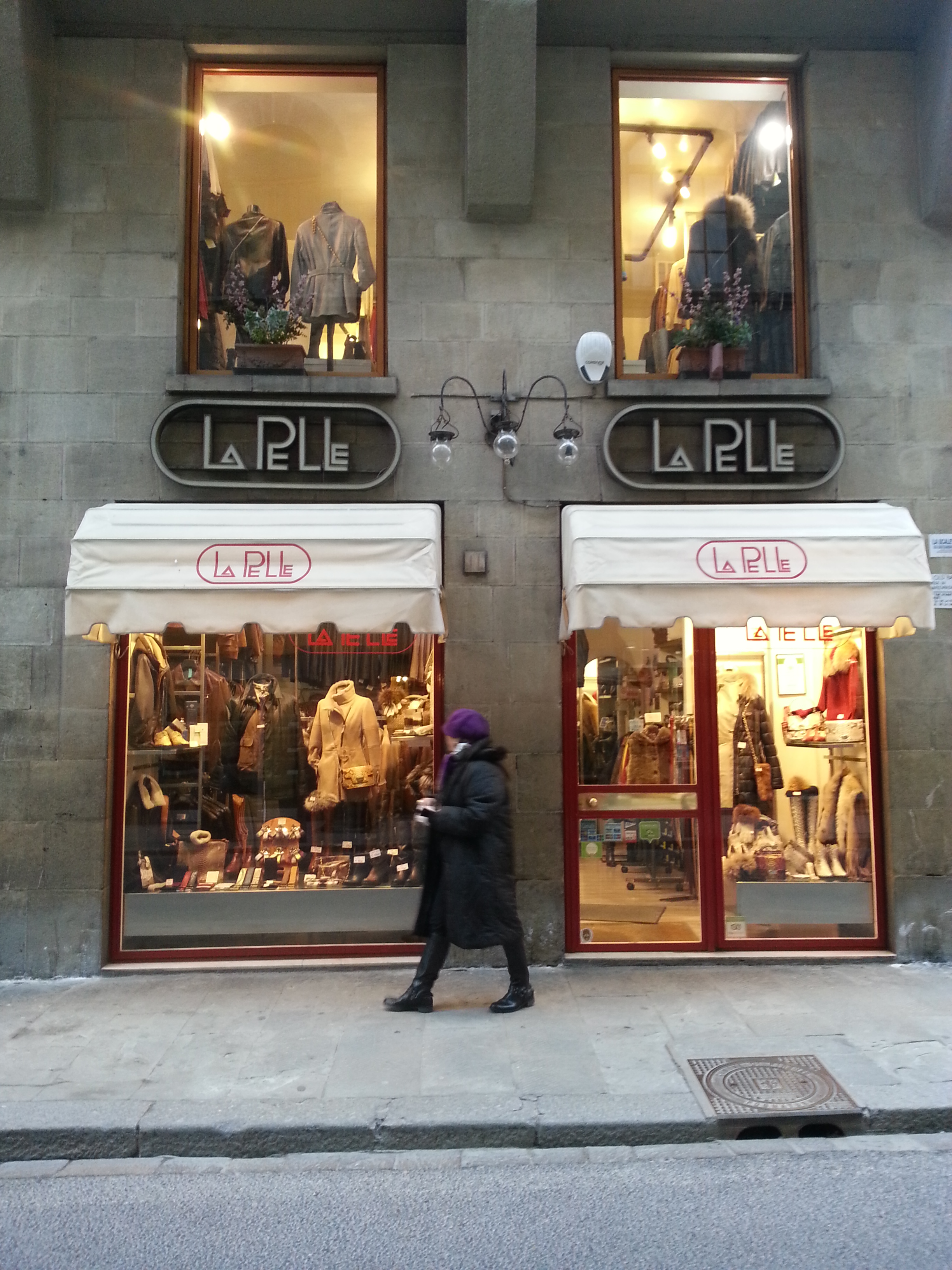 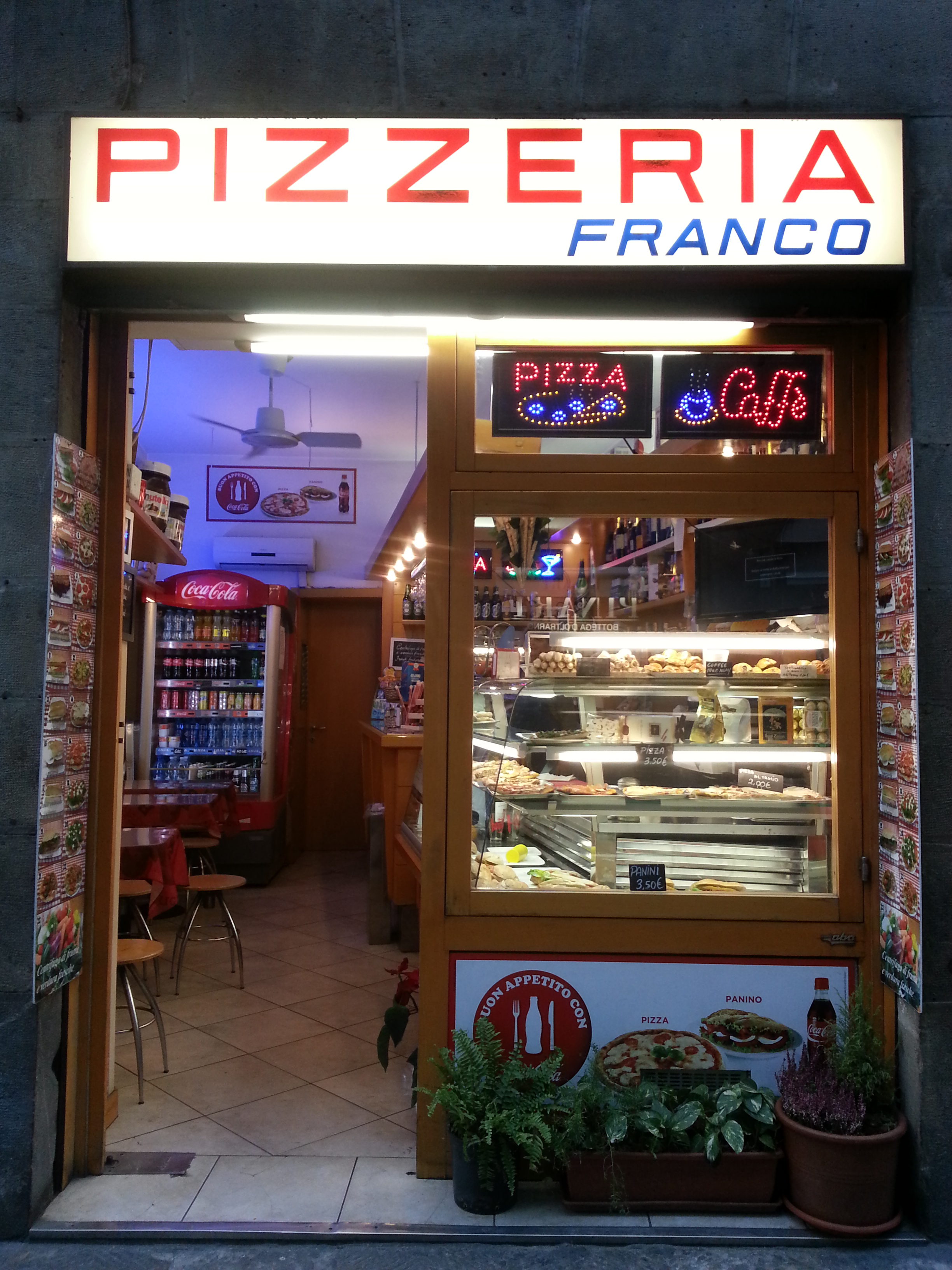 This bar sign, I’d wager, is another 1980s flourish. It’s timeless in a sense, but that bold green script in the dark invites you into a future as prosperous as the present. Beside it, I couldn’t resist snapping that timeless typeface: Benetton.

Back in 1985, when the fashion company’s logo got a makeover, they invented the phrase United Colors of Benetton and a new ideal was born, striding the Atlantic, reflecting pop culture – think Michael Jackson at the height of his powers and a fierce belief in a multiculturalism – and so a slogan became a trademark. Sign of the times. 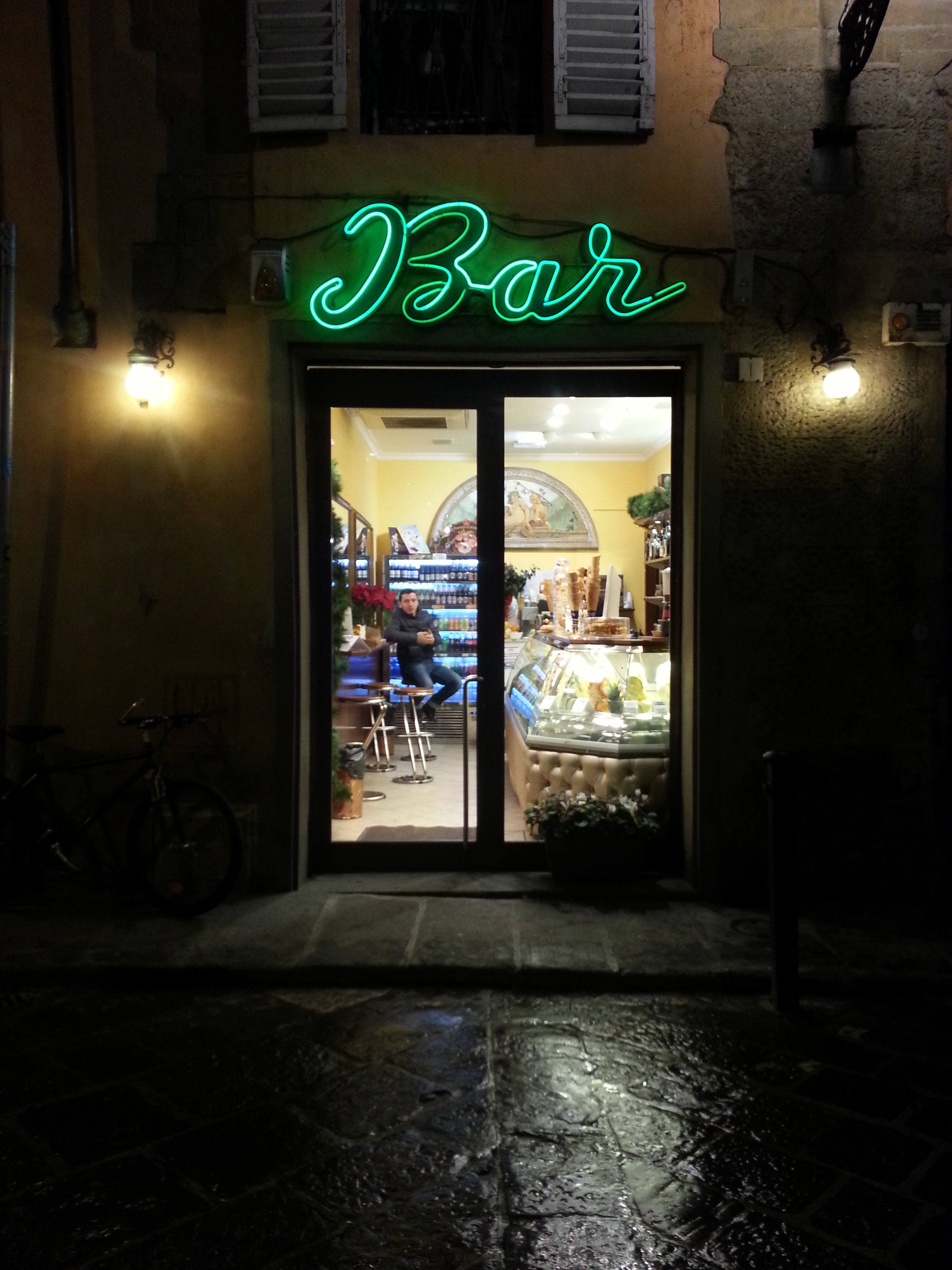 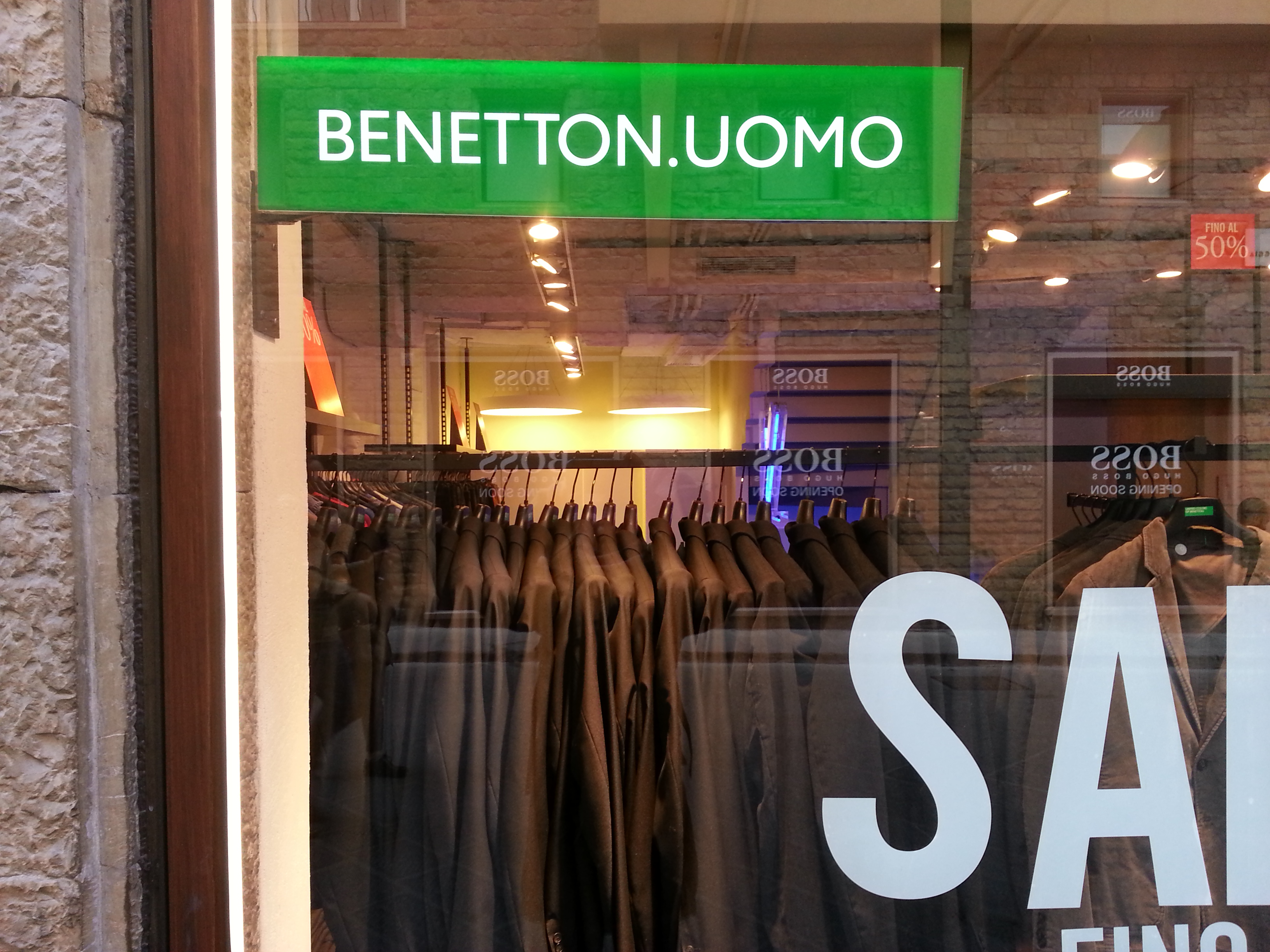