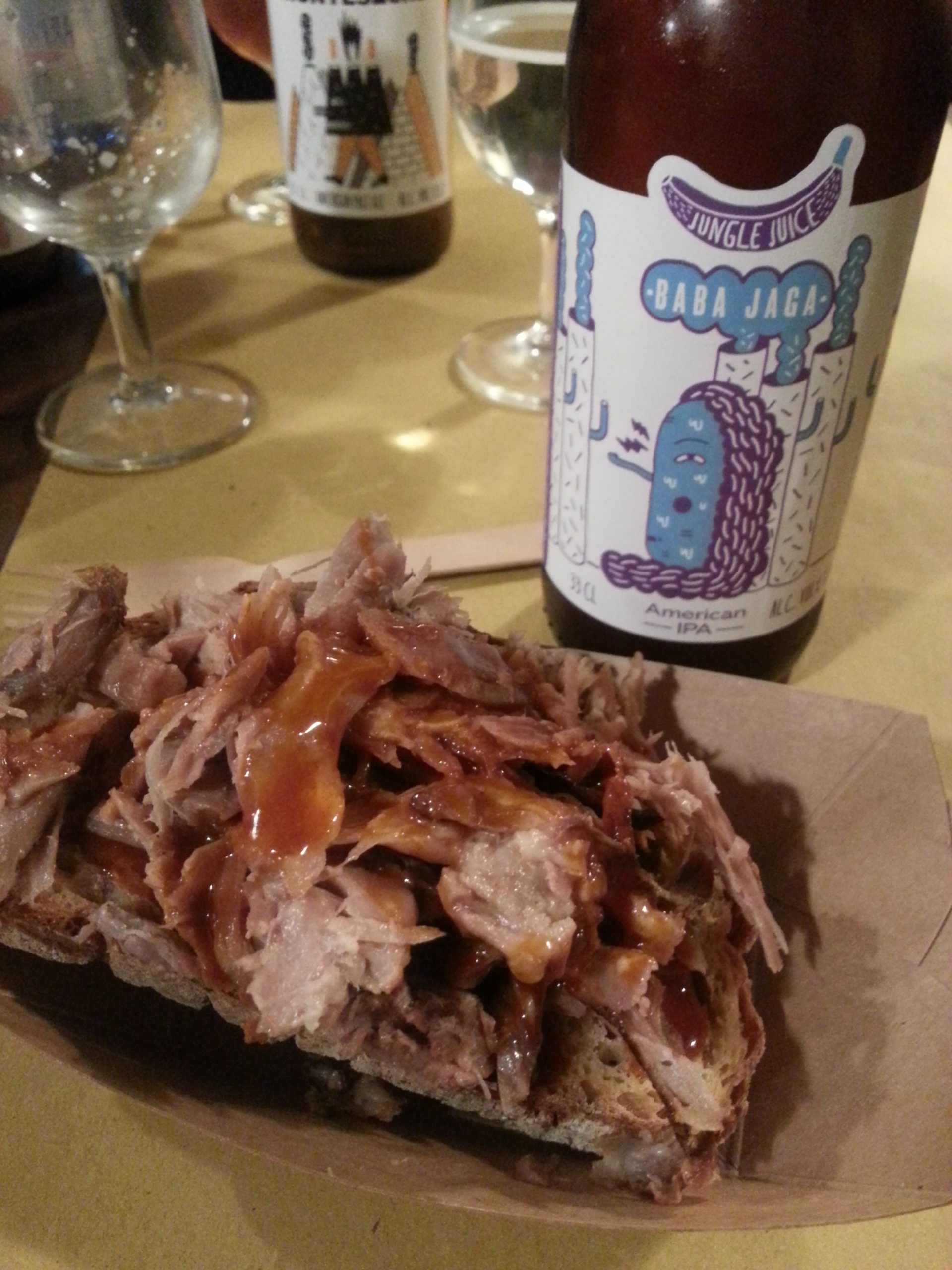 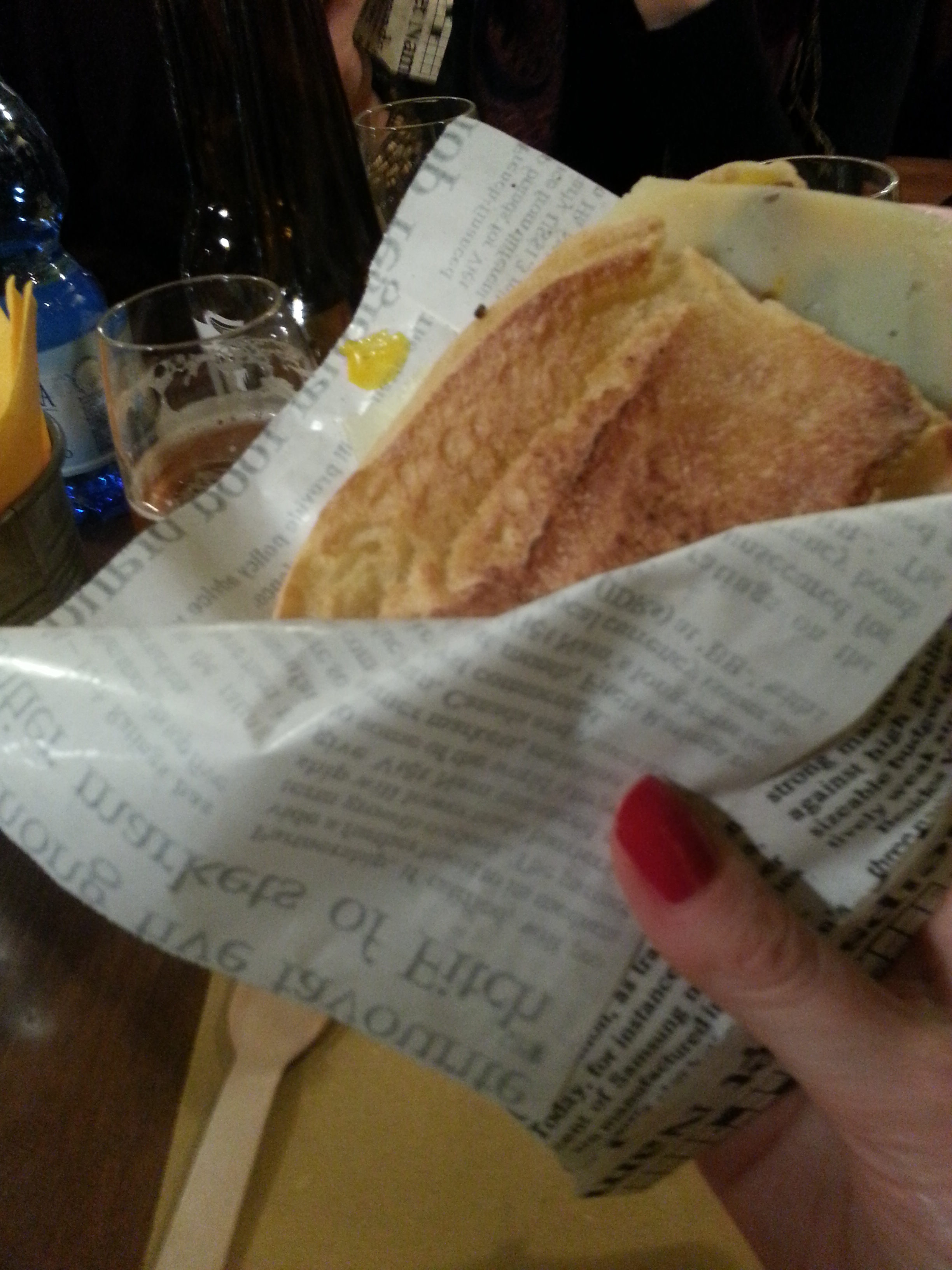 I dropped in here for a rather special event – a night of food and beer pairing in conjunction with itinerant brewery Jungle Juice – and I wasn’t disappointed. This review is going to be in part influenced by the occasion, but when it comes down to it, the food really was the star of the show.

Giano is essentially a gourmet street-food bar, whose raison d’être is the creation of top quality, original sandwiches – something they take very seriously. We started the tasting with a tartare of salmon, enveloped in a slice of marinated pineapple and sour cream, paired excellently with the Jellyfish Saison from Jungle Juice.

Then we got into serious Giano territory: the Carbonara sandwich, which apparently doesn’t always show up on the menu (but probably should). Containing a thin slice of pecorino and guanciale, topped with an extraordinary egg-yolk emulsion, the Giano team selected a crusty cob from Panificio Bonci to round out the experience. We then tried a bruschetta made from chestnut flour with pulled pork and barbeque sauce – absolutely exquisite; both of these courses were paired with highly drinkable APAs from Jungle Juice. To finish, a light panna cotta, dressed with cinnamon and peanut butter sauce – slightly sweet for my taste, but beautifully balanced with Jungle Juice’s Natale di Merda Imperial Stout. 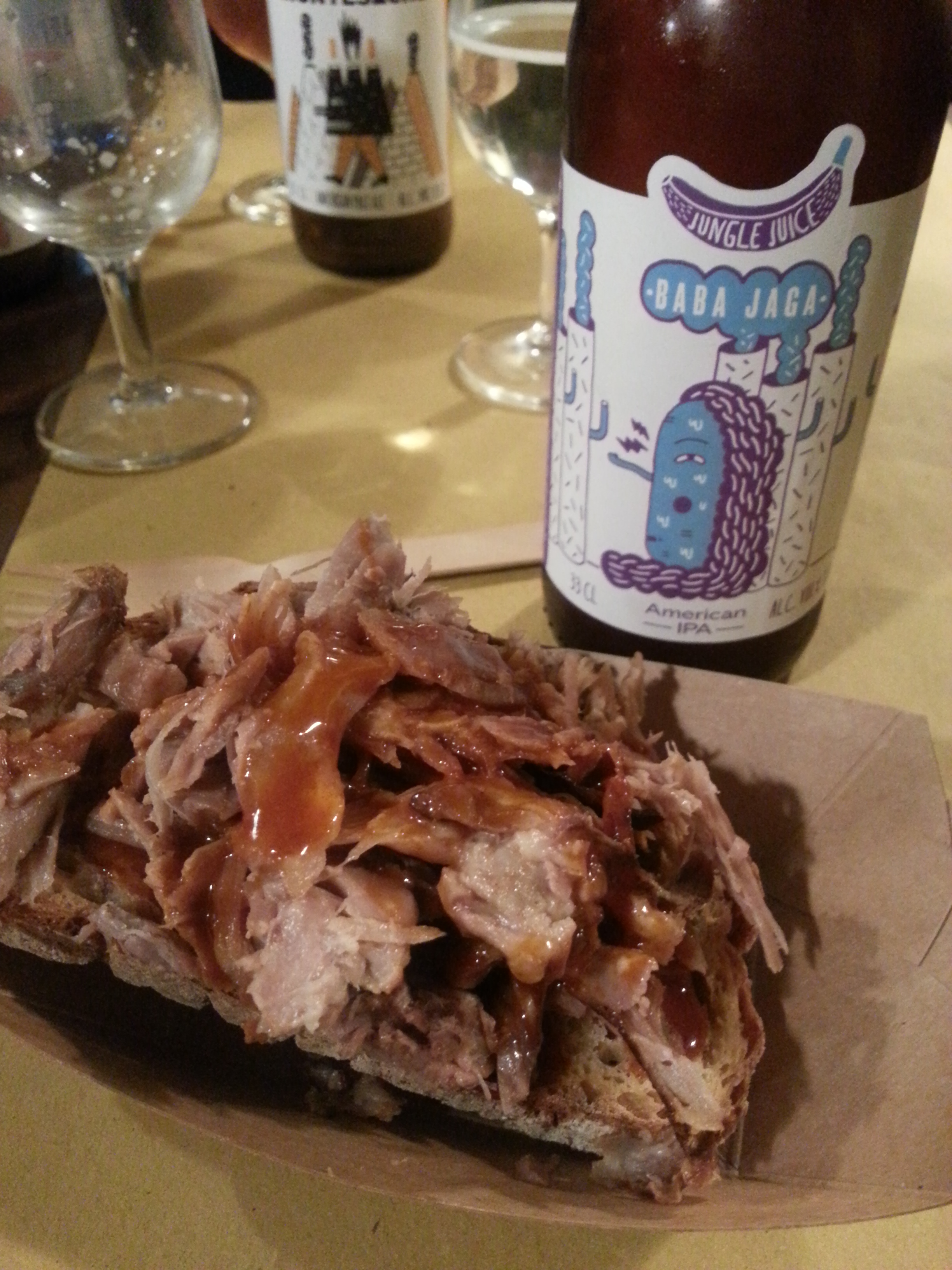 Giano is well worth a visit if you take street food seriously and appreciate a good craft beer alongside it. Open Monday to Fridays, this is primarily a lunch spot (indicative hours are 12-16) but it also reopens early evening on occasion. Next time I’ll try a salad or smoothie – and do ask for beer recommendations as they know their stuff.